By Eugenij
Usefel Nether Quartz Addon is a creation of one f Minecraft players. This gut is really talented, so he decided to make quartz more useful than it

Usefel Nether Quartz Addon is a creation of one f Minecraft players. This gut is really talented, so he decided to make quartz more useful than it was before! Now you won’t get rid of this nether block as soon as found it! Quartz is now useful, so examine all the new features of this simple item form Minecraft world.

This addon will make quartz become one of the most important blocks in the game. You’ll be able to use it for trading, taming creatures and even upgrading your potions!
Firstly, quartz blocks can be used to trade with villagers in any village of Minecraft PE world. Use few blocks to get some golden apples, strong potions or other valuable items! It’s not so hard to find quartz, all you need is to visit Nether, but its range of use is huge!
The second way to use Quartz is taming Zombie Pigmen. These guys have always been annoying with their behavior to attack player even if you hit one of them once! Now these creatures will become useful friends, which will be able to carry your blocks! Tamed pigman will have whole 27 slots for different items and will also attack your enemies. Being domesticated, this mob will be one of the most useful and great pets ever! 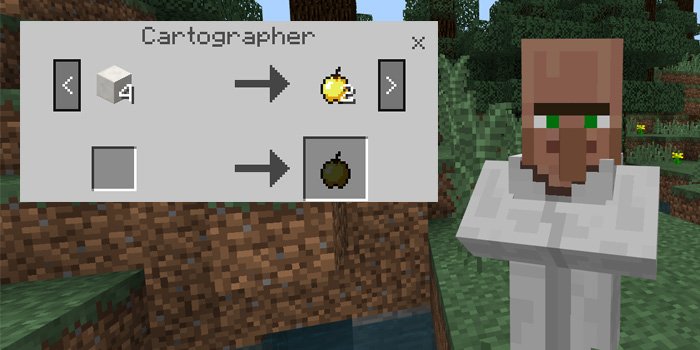 Third way to use quartz – to exchange it using mentioned Pigmen! Click one of them with quartz in your hand and pigman will give you one gold ingot for one nether quartz! Really profitable exchange!
Try all these great features with yourself! Download Useful Nether Quartz Addon for MCPE 1.9 by the link below and have fun! Leave feedback and check the other sections for more Maps, Texture Packs, Seeds and Skins for Minecraft Bedrock Edition!