By cathy
We all know Minecraft PE zombies which are hostile and annoying creatures. Addon Mutant Zombie offers us a stronger and more terrible variety of

We all know Minecraft PE zombies which are hostile and annoying creatures. Addon Mutant Zombie offers us a stronger and more terrible variety of these mobs.

The appearance and features of the presented Mutant Zombie was inspired by the PC Mod Mutant Zombies. It looks like a custom zombie, but much bigger. In addition to its grand body, the mutant zombie has 150 of health so it will be more difficult to defeat. 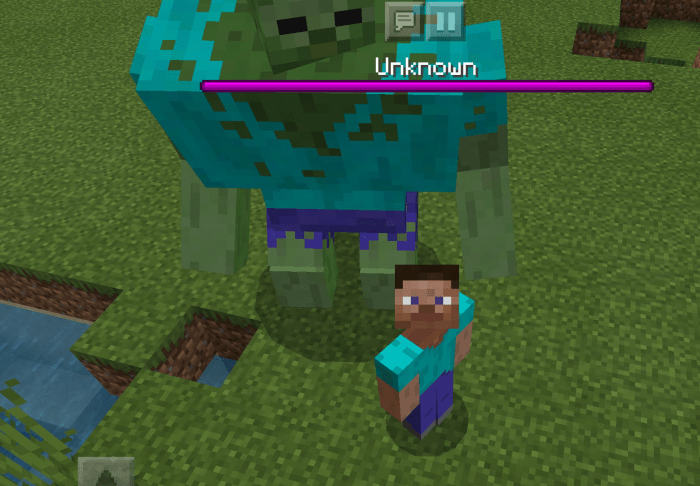 The presented zombie has a lot of abilities among which are: 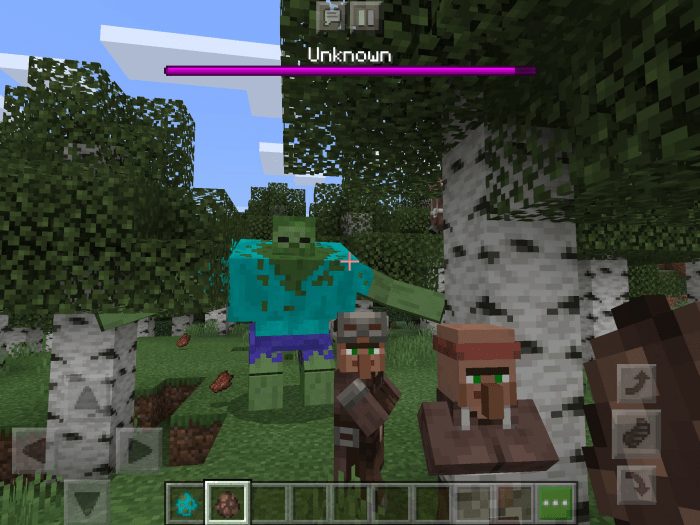 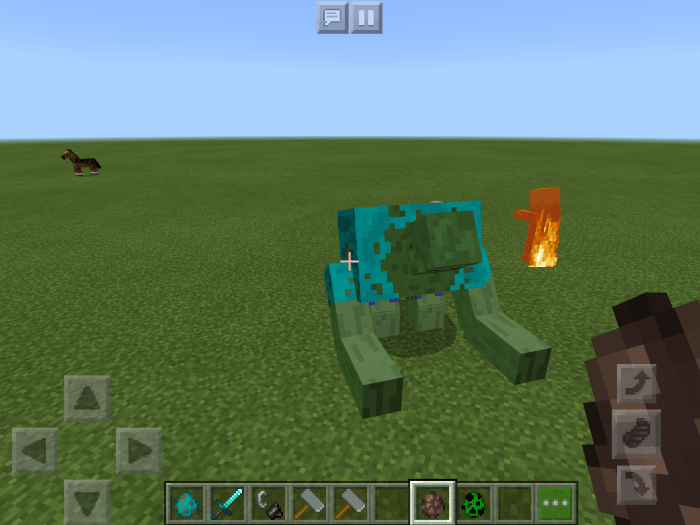 This big zombie spawns rather rarely in the same places as the custom zombies do. It will attack players, villagers and other characters usually attacked by the ordinary zombies. Its melee attack causes damage of 10-14.

In case you succeed to destroy this horrifying creature, it will drop the Hulk Hammer, but as we mentioned before, it might revive and continue to attack you. If you really want to get read of it, we have a little hint: immediately after the zombie collapses to the ground, do not let it lye there because he might get up, but put it on fire. This way, this terrible enemy of yours will die for sure. 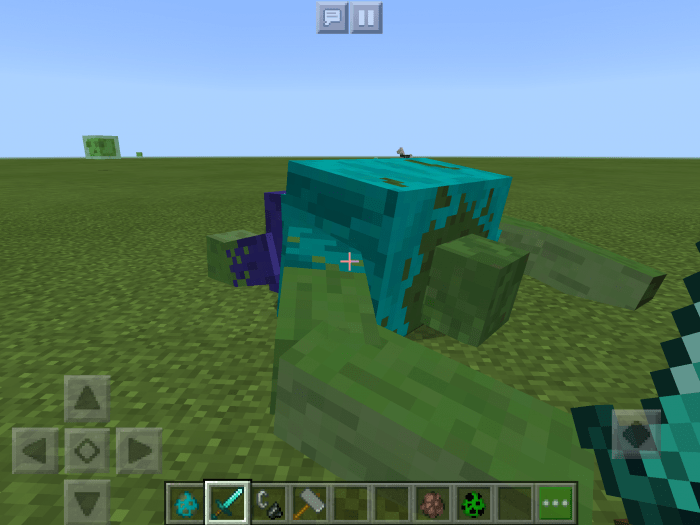 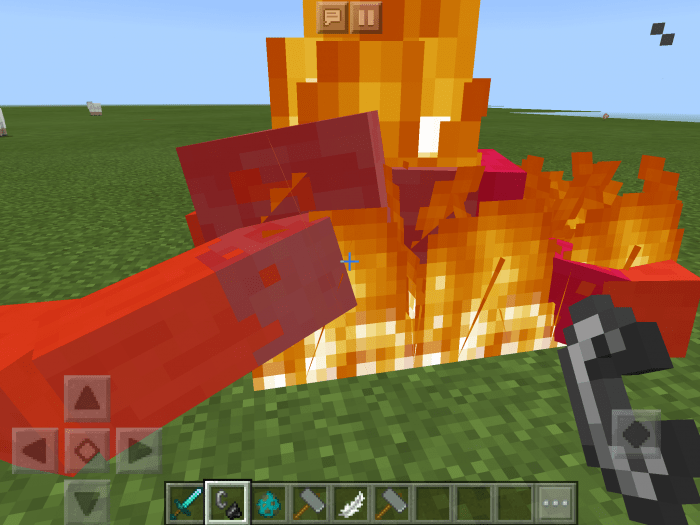 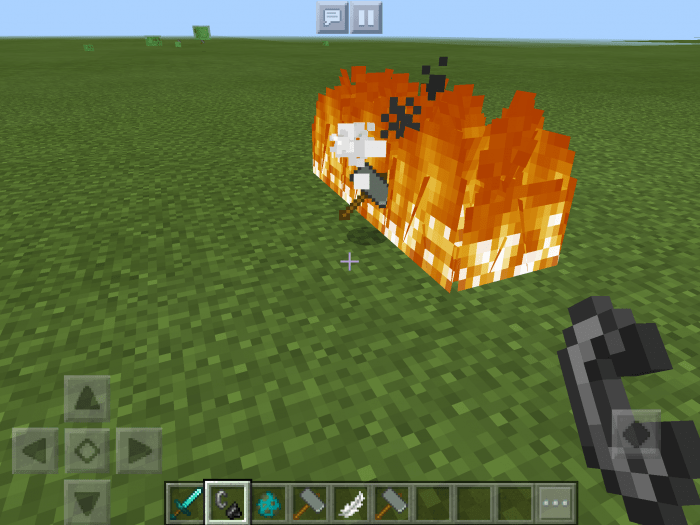 Now let us tell you more information about the Hulk Hammer you will get for defeating this mob. The hammer is a very powerful tool. You can use it in 128 different ways and if you attack mobs with it, they will get an attack damage of seven. If you hold the hammer in your hand for a while, a “smash” button will pop up. By hitting it, the hammer will provoke an Area of Effect which is a cloud able to throw all the entities around the player away and to cause an attack damage of five. Each time you use the “smash” attack, you will lose two points of durability. Totally, the hammer can do sixty four such attacks. 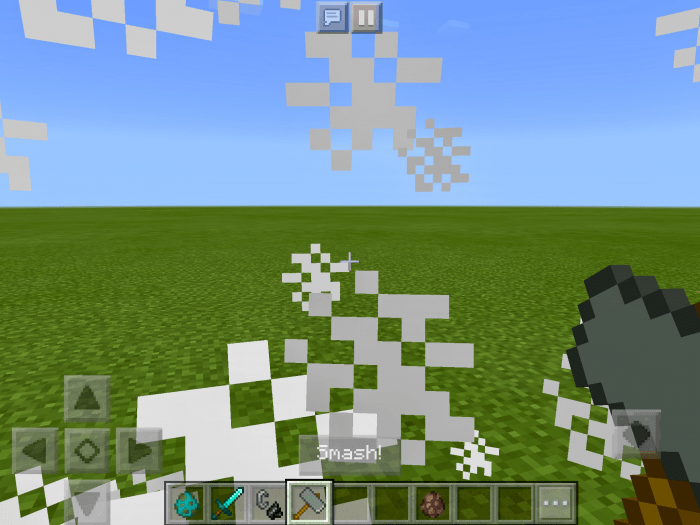 The mutant zombie presents a danger not only to the peaceful MCPE characters, but also for the villages and flora, but you can control this behavior by disabling the mob griefing or by installing the “No Grief” behavior pack.

If you are not afraid to meet the presented mutant zombie in your Minecraft PE world, download the addon by clicking on the button below, tell your friends about it and leave feedback.

Visit our website to discover more interesting mods, as well as texture packs, skins, and maps. Here you will find downloads for the latest MCPE versions and for the new AR game: Minecraft Earth! Enjoy!