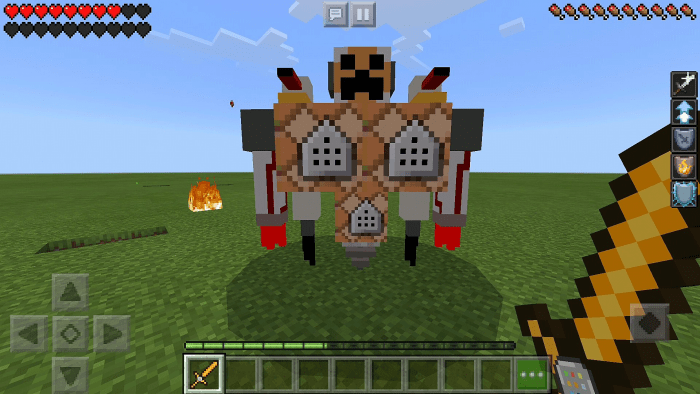 We bet you are a very brave player and already have experience fighting dangerous characters if you tried our Map Asgore Boss Battle and/or Magician Supreme Boss Add-On, but today you will have to fight a boss as you’ve never met before. The boss featured in Addon Commander Machine Boss is immortal (almost), has a lot of dangerous weapons and is able to summon entities to harm you. In addition, it has a very frightening appearance.

To summon the evil hero of our addon, the first thing you will have to do is switch to survival game mode. After, you will have to place a red-colored Commander Boss Egg. This egg deals no damage, so don’t even try. After the egg is placed, you will see a strong lightning bolt coming from it and this is how our Commander Machine Boss will come to life. 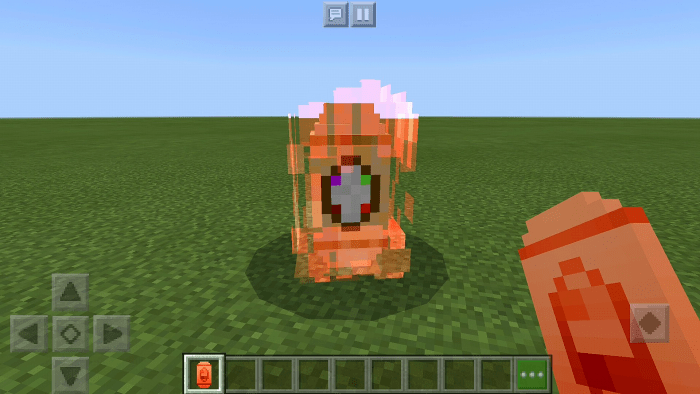 This boss has a health of one thousand and his own health bar. His favorite thing to do is attack players. In addition to the fact that only by his appearance he can frighten anyone, he can also: 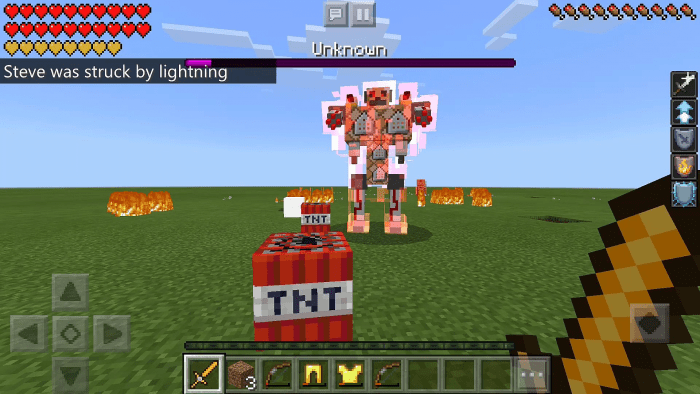 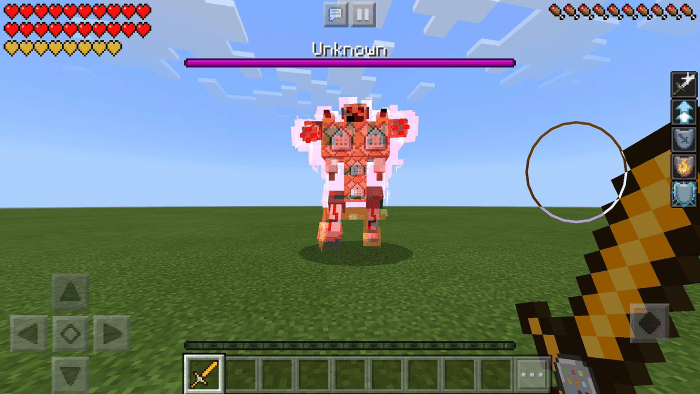 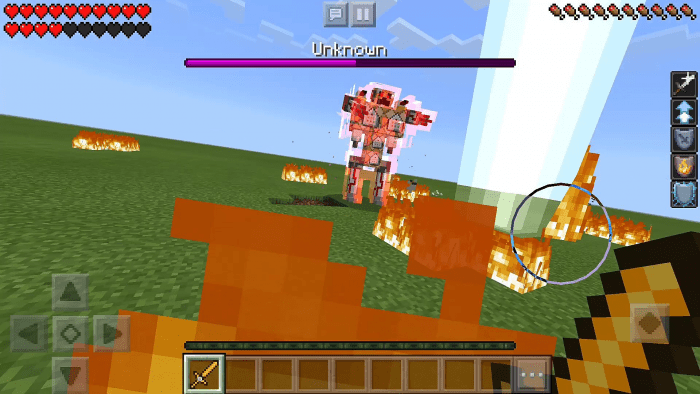 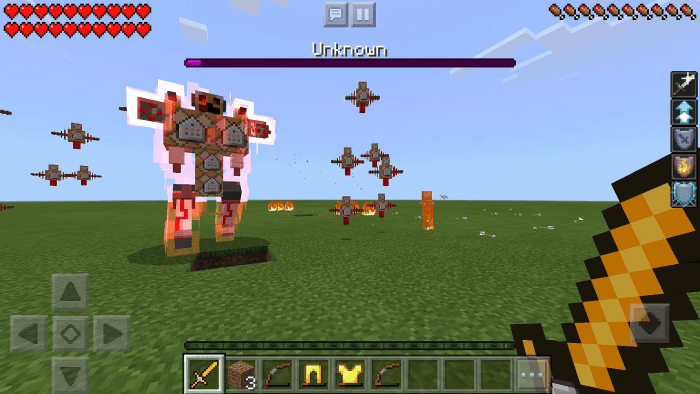 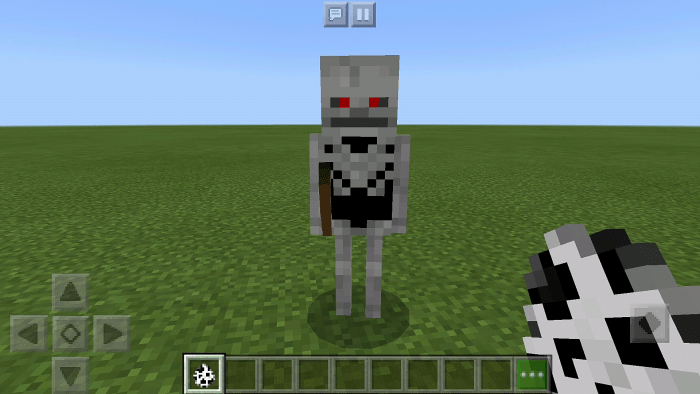 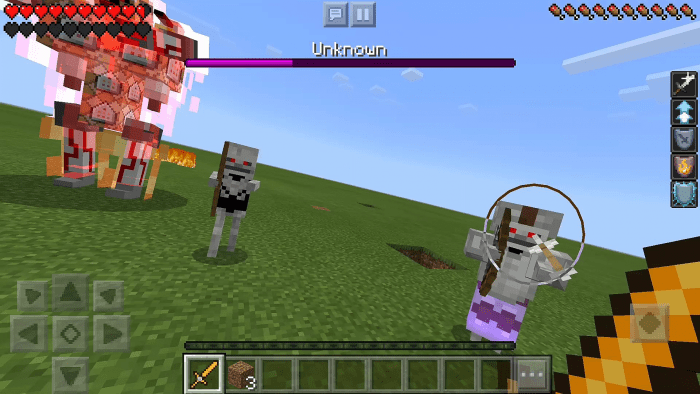 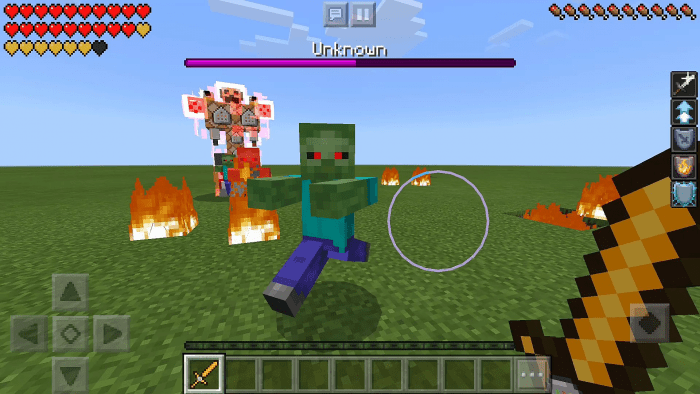 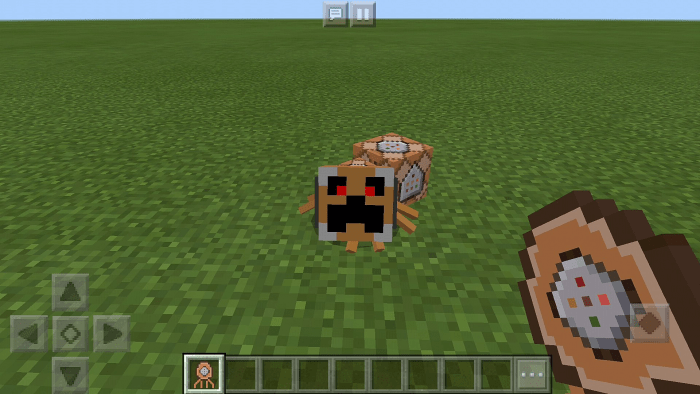 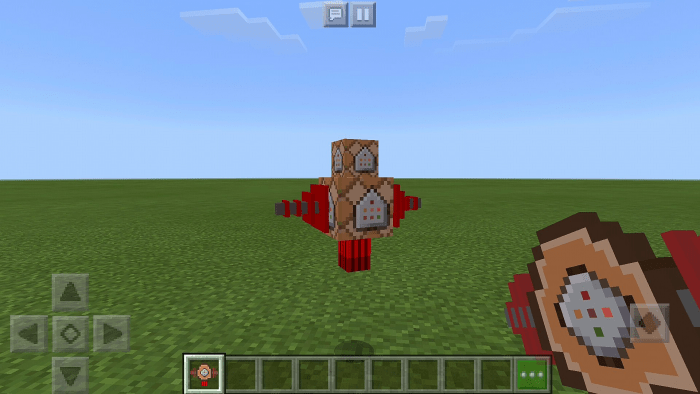 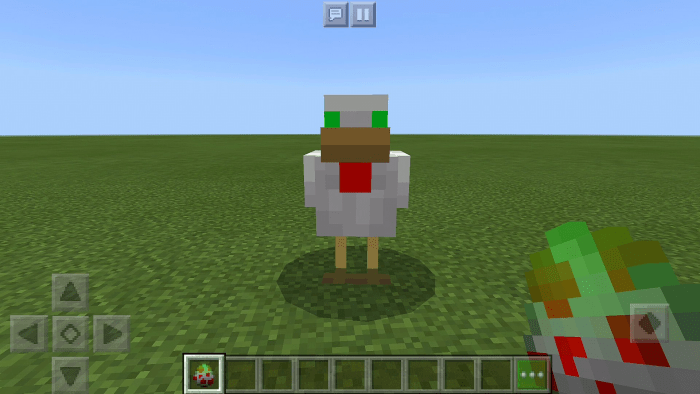 Now that you know everything about our mighty Boss, we should learn how to fight him. For this, you will need a Command Sword since custom weapons won’t be enough to defeat such a strong creature. To obtain this special sword, use the /give @p command:command_sword. Thanks to this magic sword, you will become quicker, your health will double, your attack damage will be of five, and your fall damage will be reduced to zero and you will also obtain many other advantages like fire resistance and jump boost. 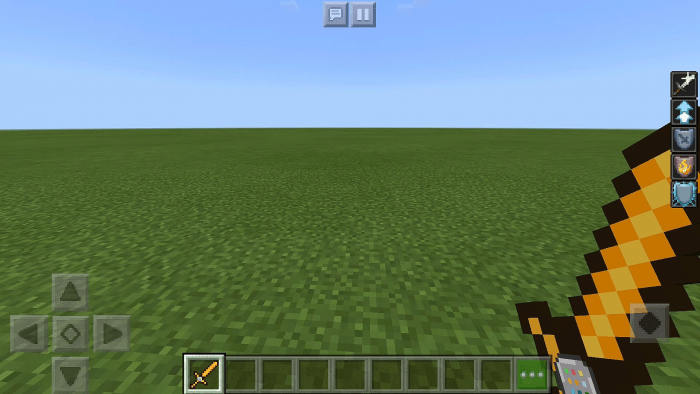 The more you attack the Commander Machine Boss, the more chances you have to defeat him. After a series of attacks from you, he will start floating in the air (flying state) and will be able to shoot only using his lightning bolts. If you are insistent and continue to attack him, he will become weak and unresponsive and won’t be able to attack back anymore.

To defeat him completely, take the command block away from him. To do this, just interact with the boss and he will drop it.

After you obtain the command block, the Machine Boss will turn bright red and a strong explosion will start shortly, so make sure to run away fast. The explosion range is ten blocks. 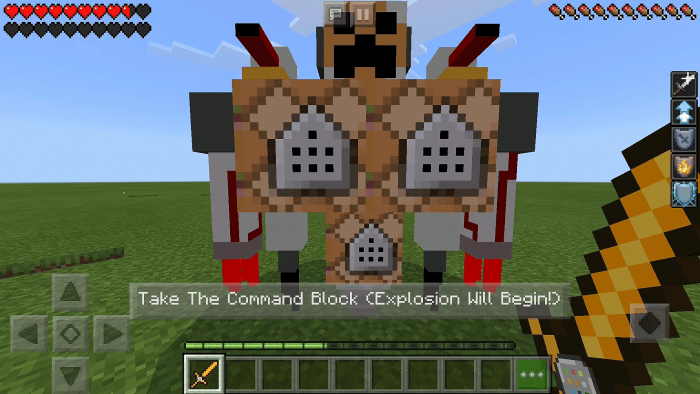 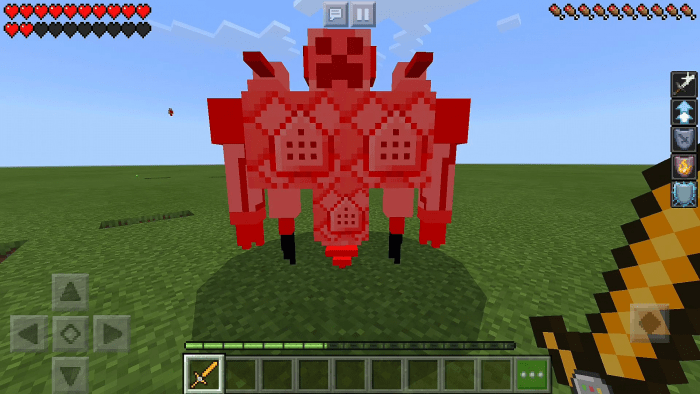 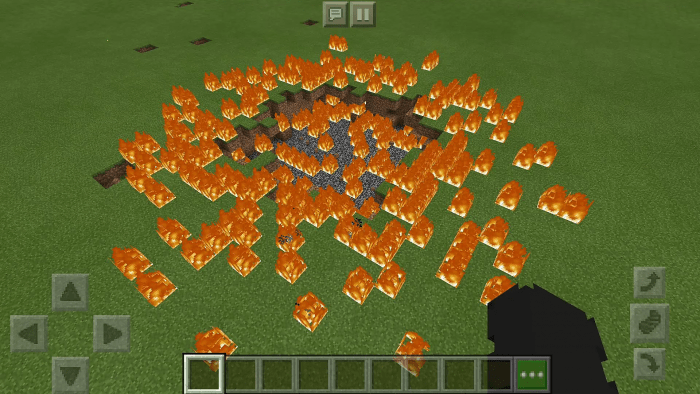 Now, if you are still not afraid to go through such a crazy experience, click on the download button below the video trailer featured in this article, share it with your MCPE friends and leave feedback.

To explore other interesting mods and maps, visit our website. Here you can also download the game’s latest versions. Good luck!