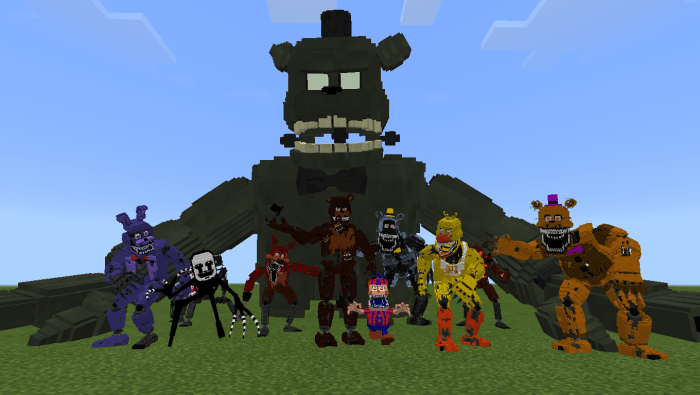 By cathy
We are sure you have already tried Minigame Five Nights at Freddy’s or/and other similar maps, where your player spends an entire night in a hellish

We are sure you have already tried Minigame Five Nights at Freddy’s or/and other similar maps, where your player spends an entire night in a hellish pizzeria trying to protect himself from evil animatronics. Addon Five Nights at Freddy´s 4 BETA2 brings all the characters featured in these maps to our Bedrock worlds, making it more interesting and dangerous.

By installing this addon, get ready to host a lot of mobs known from the famous FNaF game into your MCPE world. Get ready to run really fast, because all these guys are very fast and strong, even if some of them look almost cute. All the animatronics have individual custom animations, sounds, abilities and their eyes glow in the dark. 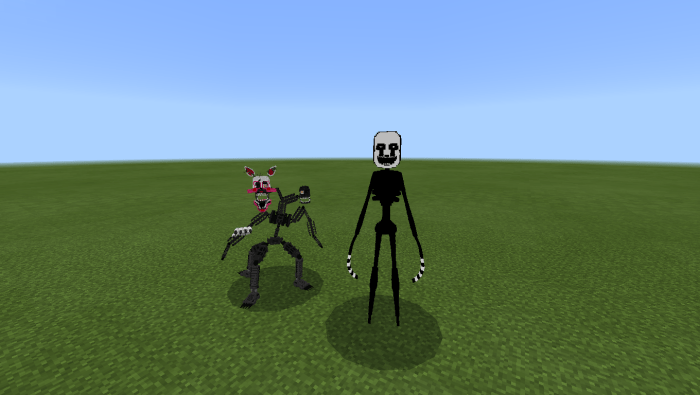 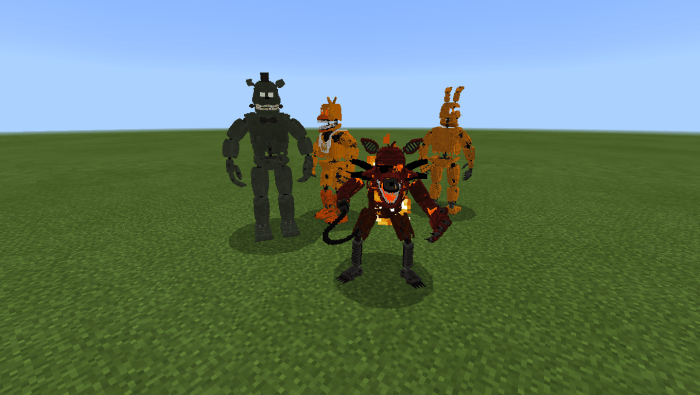 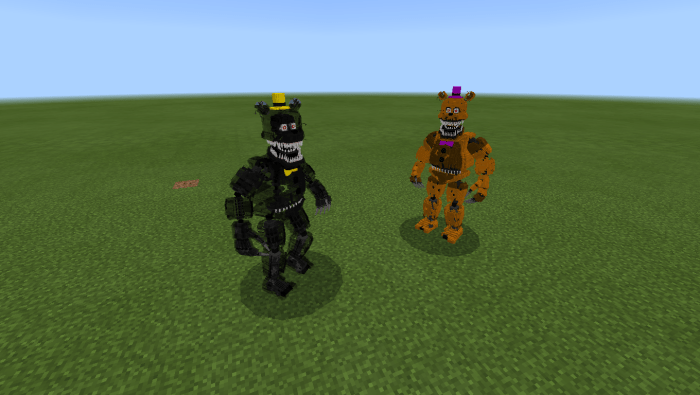 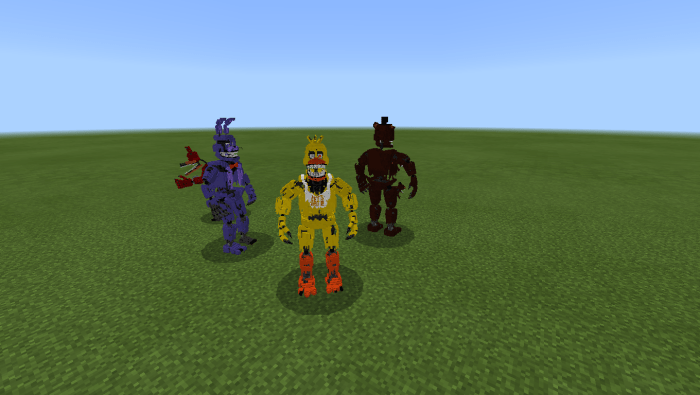 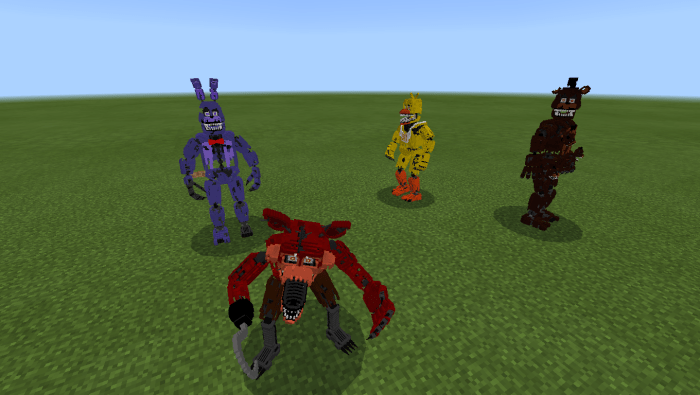 In case they get hit by lightning, they might transform in their Halloween version. 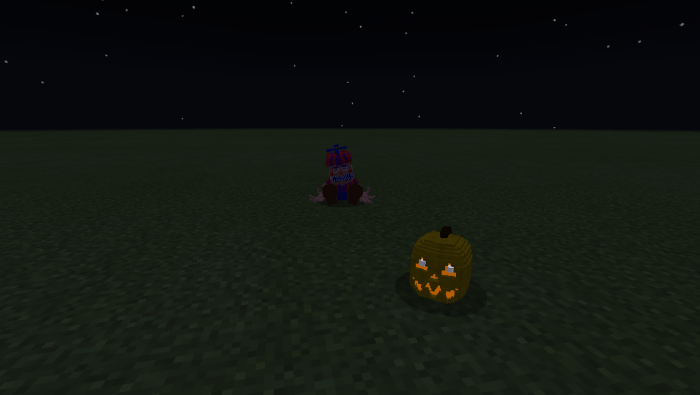 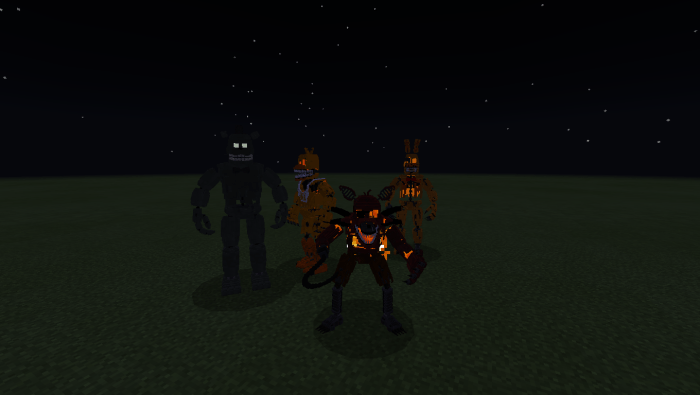 This time, your player won’t be the only one haunted by these mysterious creatures. A little boy called Normal will enter your world together with the animatronics. He is an absolutely harmless mob. You can consider him your friend. 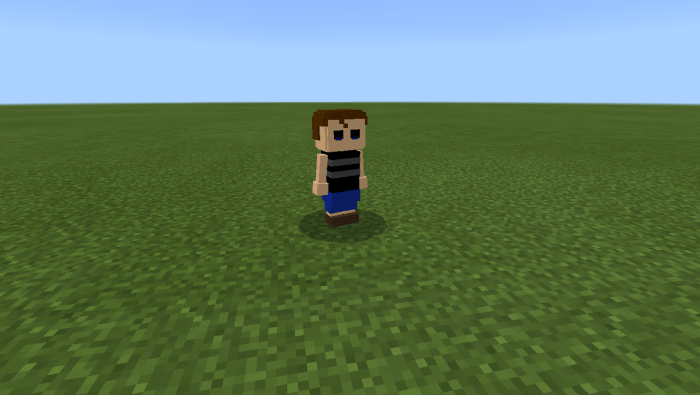 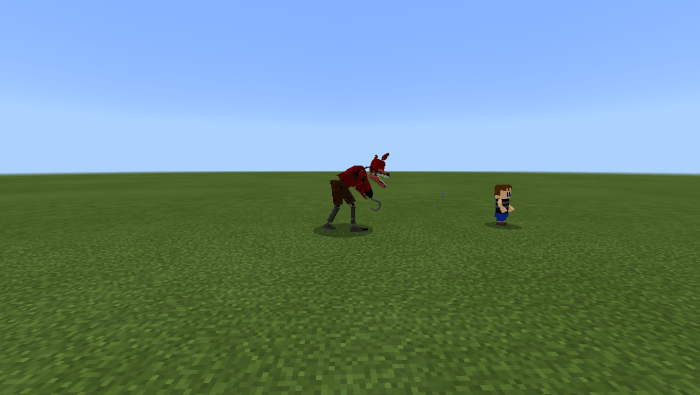 Note that among all the animatronics, there are two of them who look rather cheerful and peaceful. They are Spring Bonnie and Fredbear, but if they get hit by someone, their behavior changes instantly and they will hunt you like all the rest of the hostile mobs. 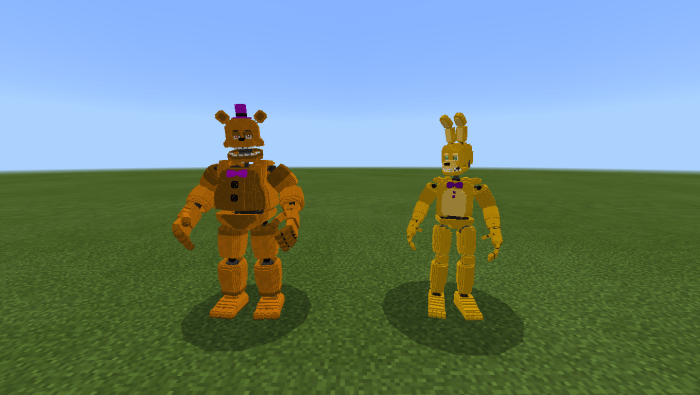 Upon death, the animatronics drop pretty plush toys that you can use for decoration purposes. 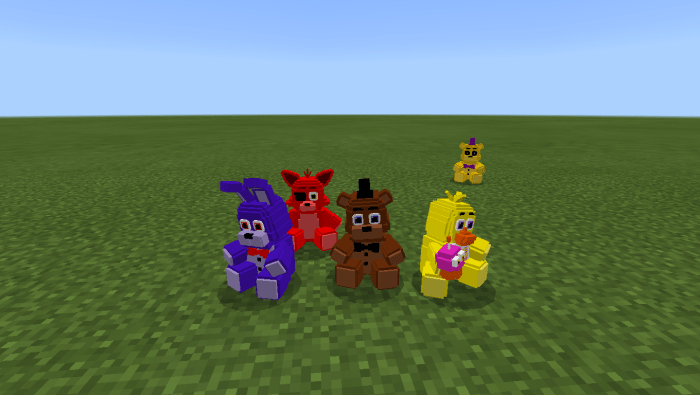 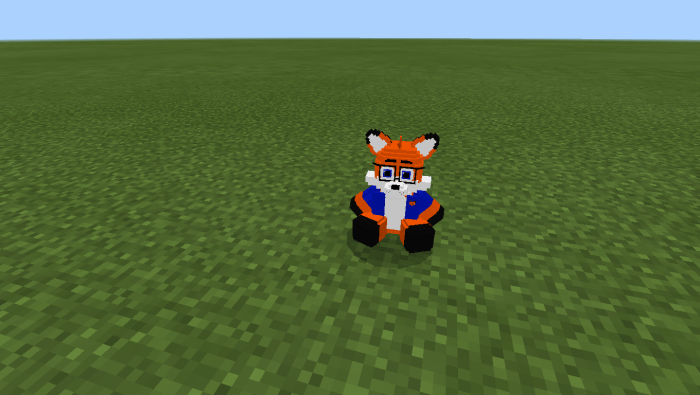 By installing this addon, you will also notice three tiny mobs, but do not get confused by their size. They are more dangerous than they look. 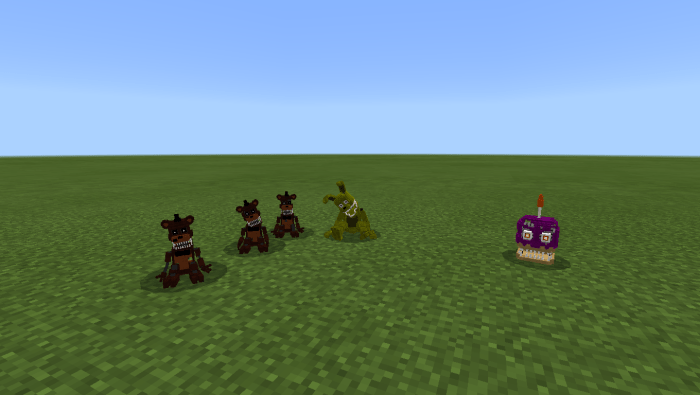 If you want to meet all the above-described buddies, click on the download button below the article, share it with other Bedrock players, and leave feedback.

For more mods and maps, visit our website. Here you will also find the latest game versions. You will need this because most of the new downloads do not work on early MCPE versions.