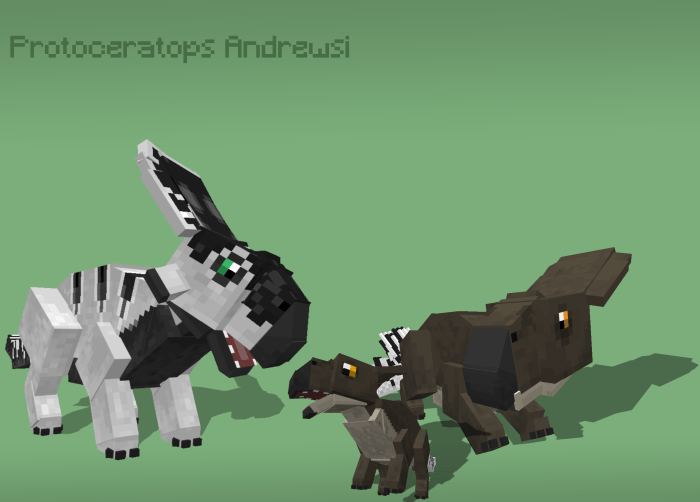 By cathy
If you like dinosaurs, you are probably familiar with Project Preisthoric Addon and T-Rex Addon. Today Addon Raptors Project invites you to meet some

If you like dinosaurs, you are probably familiar with Project Preisthoric Addon and T-Rex Addon. Today Addon Raptors Project invites you to meet some more prehistoric creatures and interact with them.

How does addon Raptors Project work

If you decide to install the present addon, all the below-described dinosaurs will spawn into your MCPE world in a natural way. Depending on their characteristics, they will appear in different biomes: savannas, deserts, taigas, and even rivers.

And now, let us tell you about their individual features:

This dinosaur is rather small compared to the others. In certain situations, for example, if they have a baby one besides them, they attack the player. You can try to breed it using some rabbit stew. You can also make it breed by giving it raw mutton. Upon death, the Velociraptor drops a feather. 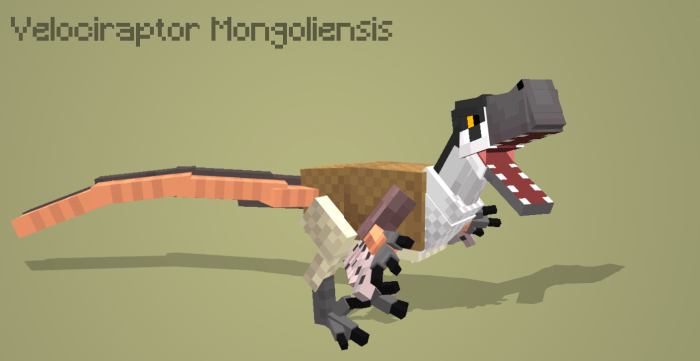 This dinosaur called Velociraptor Osmolskae is the fastest and most incredible one. It has a very high speed and is able even to climb on walls. You can tame and breed it with the same products as the previous dinosaur. It also drops feathers upon death. 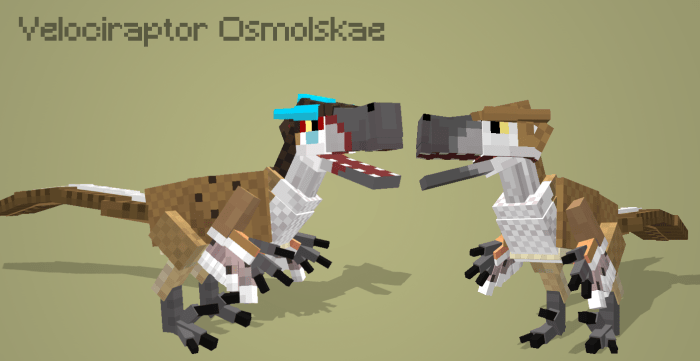 These cute dinosaurs are the most peaceful ones. They only attack velociraptors. Tame them using beetroot soup. To make them breed, give them golden carrots. Upon death, Protoceratops Andrewsi drops leather.

These exotic-looking dinosaurs are the most resistant representatives of this addon. To tame and make them breed, use the same ingredients as for the previously-described dinosaurs. After death, they also drop leather. 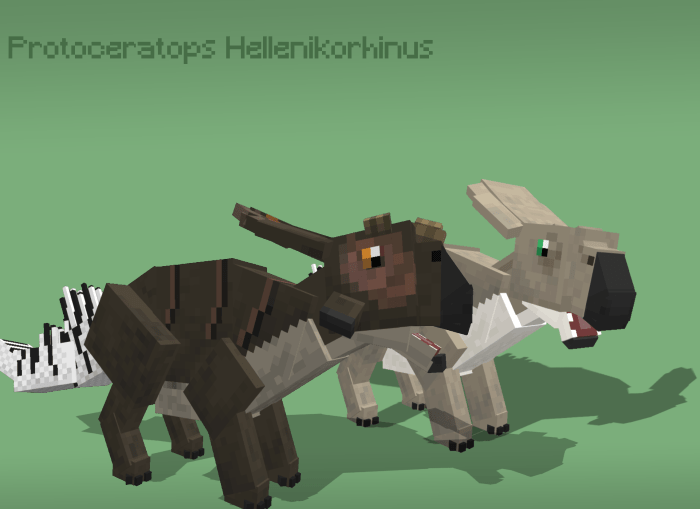 This is definitely the most dangerous dinosaur available in this addon. The only thing they fear is fire. To tame one, use fermented spider eyes. To make them breed, feed it with raw mutton. Upon death, the Sinornithosaurus drops feathers. 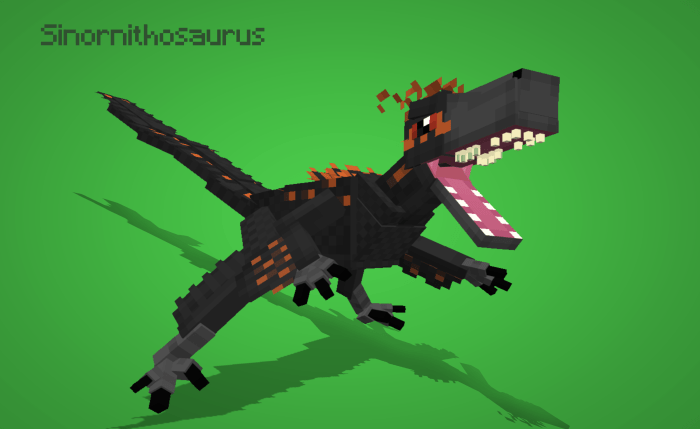 This pretty creature is a dinosaur living in rivers. Its favorite food is fish. To tame the Liaoningosaurus, give it cooked lycoptera. If you want it to breed, feed it with salmon. In case of death, it drops scales. 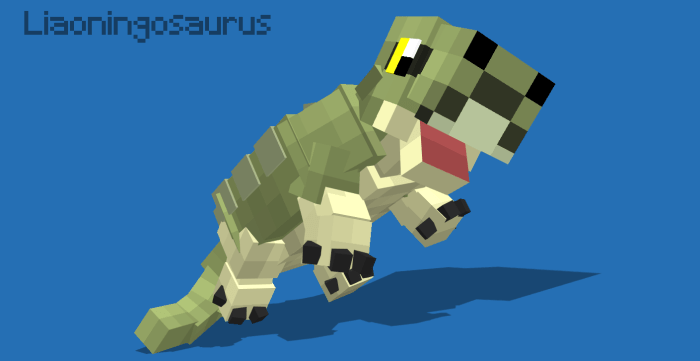 The last but not the least prehistoric creature is the Lycoptera. To tame it, use a water bucket. Upon death, it drops raw lycoptera which can be cooked to feed the previous dinosaur. 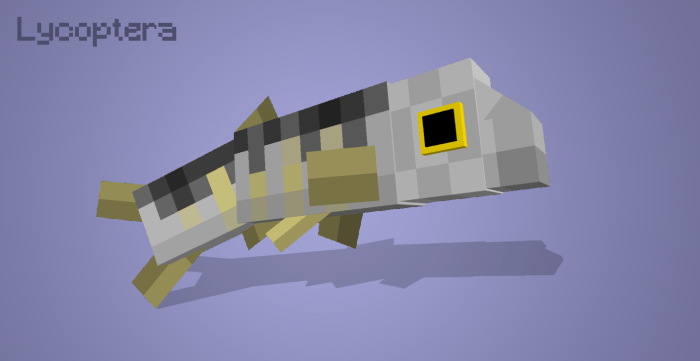 The most fun about this addon is the fact that you can breed different sub-species in order to obtain interesting and stronger species of dinosaurs. Experiment and have fun! 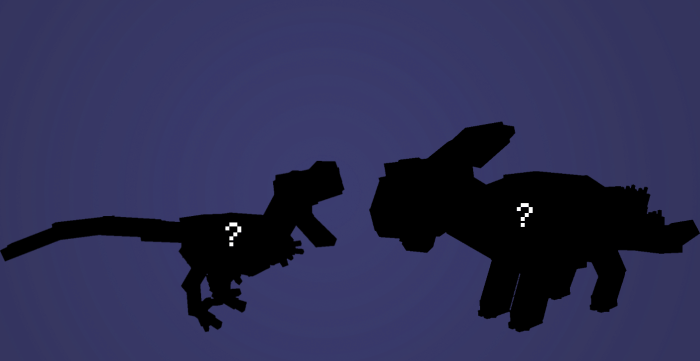 To download this addon, hit the buttons below, share the article with all your MCPE friends, and leave feedback.

Important! To be able to use this addon (and most of the downloads featured on our website), you should install one of the latest game versions, for example, Minecraft PE 1.16. Another important condition is to enable Experimental Gameplay.