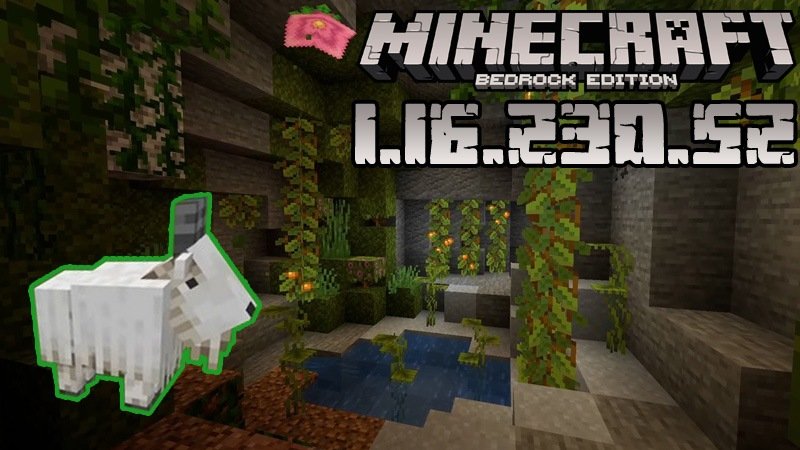 By cathy
The Minecraft PE 1.16.230.50 beta released last week was a very nice one because it brought many good tweaks and of course the new experimental glow

The Minecraft PE 1.16.230.50 beta released last week was a very nice one because it brought many good tweaks and of course the new experimental glow lichen. This week, the MCPE developers prepared an even more interesting version which is Minecraft PE 1.16.230.52. Read this article to the end to find out about all its features!

The MCPE developers introduced new features, but they also made several interesting changes. First, we will tell you about them, so, starting with this release, you will notice that:

We hope that these changes and tweaks will make your gameplay better and more comfortable.

And now, let’s talk about the new block and the new mob:

In addition to all these features, the developers also made several technical changes and fixed:

We are sure that you can’t wait to try this version with all its surprises but don’t forget to make a copy of your existing Bedrock world first because otherwise you can lose it and won’t be able to access it in the future. Also remember that because this is a beta, you won’t be able to play in Realms and with people who use full versions while trying it.

If you want to let your friends know about the new release, feel welcome to share this article with them. We would also appreciate it if you could let us know your opinion about it by leaving feedback.

Visit our website often enough and you will always be up to date with the newest game versions and with the best mods, textures, and other MCPE novelties. Enjoy!