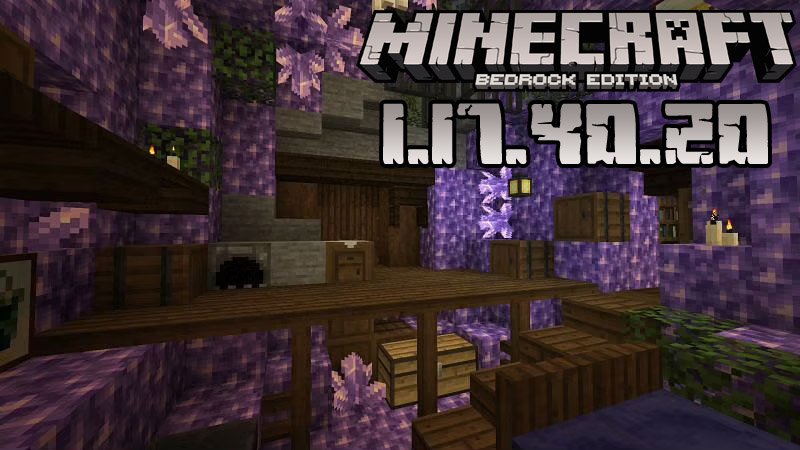 By cathy
Did you already manage to explore all the features brought by Minecraft PE 1.17.30.25? That was a joke. Of course you did because except for one fix

Did you already manage to explore all the features brought by Minecraft PE 1.17.30.25? That was a joke. Of course you did because except for one fix there was nothing to explore. Minecraft PE 1.17.40.20 is totally different. This beta brings a lot of technical updates, but we will leave them for the map makers and addon creators. It also brings many bugfixes and changes done in relation to the experimental and non-experimental features and even a brand new mountain biome!

We will start with the most amazing news and changes brought by this version. These are:

These are the most important changes, but the MCPE developers also fixed a lot of issues affecting the:

As you can see from this article, this is a beta worth trying, but if you want to find out even more details about it, we invite you to watch the video below.

We hope the following game versions will be as interesting as the one we discussed above or even better and we are sure that the MCPE developers are preparing nice surprises for all of us, so keep visiting our website and stay tuned. Between game releases, you can check our Maps, Mods, and other sections. You will find a lot of cool things there. Enjoy!