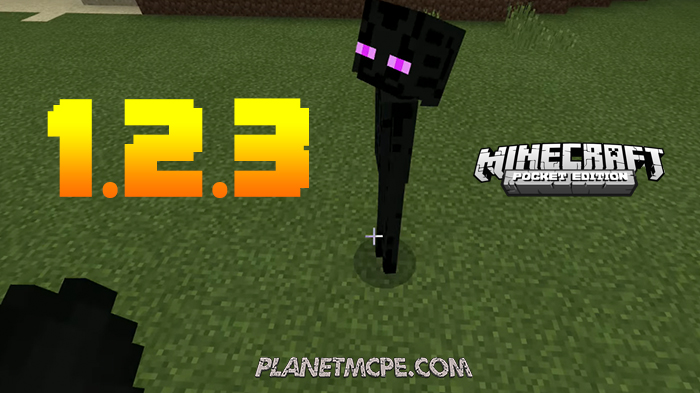 By stasinax
Hi Guys! A new version of Minecraft has been released, this is version 1.2.3 of the bedrock edition that is the edition that used to be called Pocket

Hi Guys! A new version of Minecraft has been released, this is version 1.2.3 of the bedrock edition that is the edition that used to be called Pocket Edition (PE). We have a whole lot of bug fixes in this one.

Talking about gameplay fixes - there’s a fix that lots of people have been asking about for a while. Torches and other light sources - gave off a very little light when you had smooth lightning enabled that is fixed in this version.

Download Minecraft PE 1.2.3 free for Android now and feel the sensitivity of placing blocks has been decreased, it should fix the issue where you got multiple blocks placed when you just pressed once before. If you are controlling the game with a controller and the creative inventory you will now be able to press the “A” button to get one item in the inventory, not a full stack. If you press the “Y” button you would get a full stack and “X” button will clear the hotbar if you’re in creative mode this usually changes to the controller input for the creative inventory.

The Rosberg in the previous version, where, if you were sneaking you could still place a block in the same space that you were in, and that made you fall off and that is no longer the case. 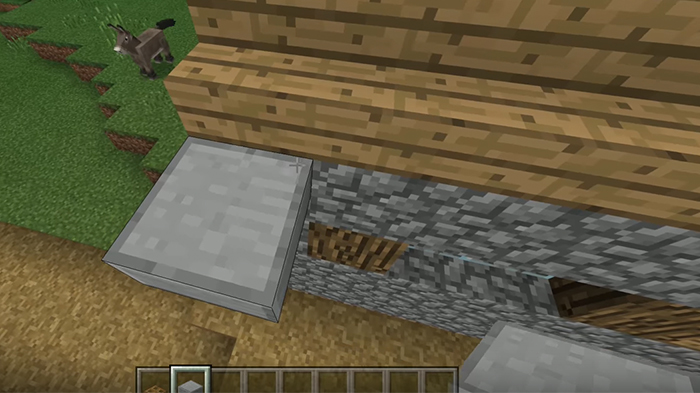 If you were attacking or mining with an enchanted book he would get the enchantment off that book, that is no longer the case as well.

A couple of fixes were flying with the illiterate. When you’re flying and pressing the “A” button on a controller that used to cancel the flight and it won’t anymore. You would also see climbing stairs and slabs while flying and that is no longer the case either.

Door wooden buttons, ladders and fishing rods are now available as fuel for a furnace. 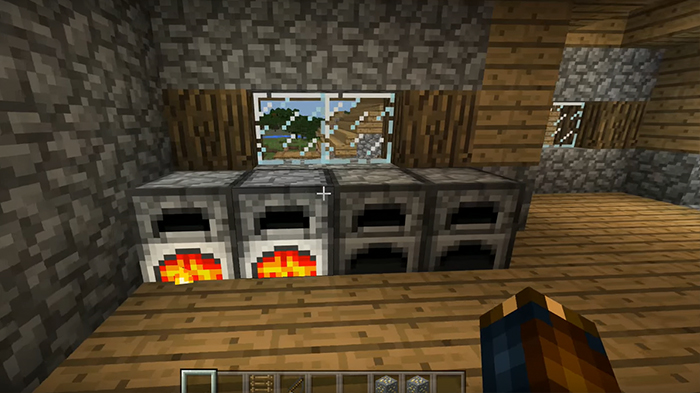 One Redstone fix - chakra boxes now only give a full Redstone signal when they are filled with 27 full item stacks. 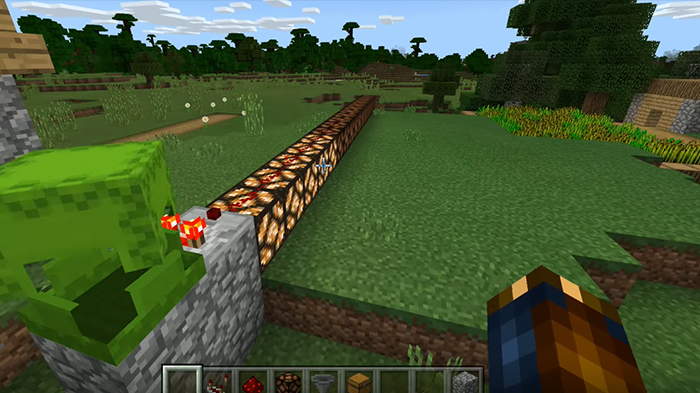 And then, effects for taking damage with you’re taking damage when you have a crafting or container screen up on your screen and that screen will close if you’re taking damage from another player or from a mob.
A couple of fixes two blocks in this version skulls cannot be placed on the ground when there are layers of snow already there. Leads that have snow over them will no longer appear block. If you drop the heavy block that falling block onto a leaf that would break and that is fixed here.

Some fixes to the mobs in the game:
- Sheep would emit two sounds when they were dying and that is fixed in this version
- Guardians weren’t spawning in ocean monuments that are also fixed
- Iron Golems would not cause enough knock-knock effects to play or mob they attacked
- Enderman now take damage if they stand in a filled cauldron and speaking of Enderman...if an Enderman or a spider gets hit an invisibility potion then now you can still see their eyes slightly. 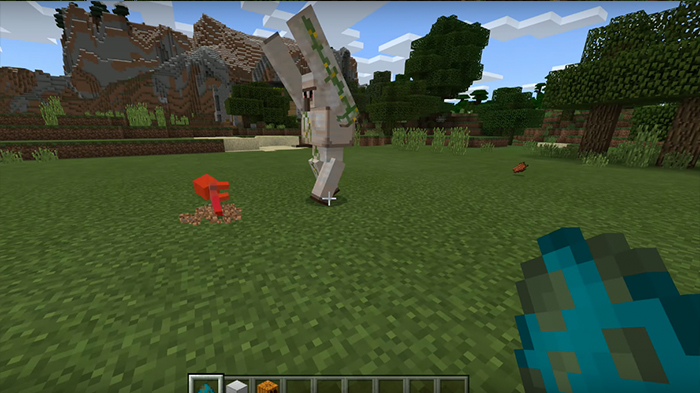 Another mob-related change is that if you have a mob spawn egg you can now use any type of spawning on water.

There are also some technical changes to map making stuff commands and entities in this version if you replace an item with a command that will now instantly be visible in your inventory. And if you press tab to complete a parameter of a command then the choices are now sorted correctly.

Another change to commands is that game rules are now case-insensitive if you type them into a command so putting in a character in caps is no longer a problem.
And finally, if you add a damage sensor component to an entity then that no longer prevents using slash kill on that entity.

There’s also a bunch of exploits fixed in this version. There was an exploit that allowed child account to join a server even when the multiplayer permissions were set to disable. And there are a couple of fixes for exploits where you could duplicate two different things. You could duplicate Rails or Shulker Boxes in earlier versions.

If you are interested in this version, download Minecraft PE 1.2.3 free for Android below this article using links.