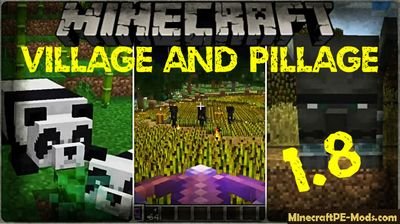 By Eugenij
Minecraft 1.8, also called Village&Pillage, finally can be beta-tested! Call your friends and check all the features! Features of Minecraft 1.8

Minecraft 1.8, also called Village&Pillage, finally can be beta-tested! Call your friends and check all the features!

Firstly, there’re lots of new mobs in the world of Minecraft. Some of them are neutral for you until you try to injure them. You can find the whole list of new mobs below. Let’s speak about the most interesting and standing out! 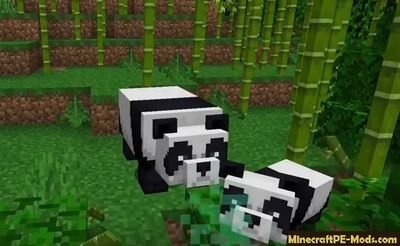 These guys will likely live in Jungle Biome. The most favorite food for pandas is bamboo, so you’ll be able to feed them with this plant to tame. As soon as you’ll give some bamboo for panda, the animal will sit down, eating a tasty meal. Pandas will have a changing mood, so be careful! These cute bears can be peaceful, scared, playful or angry. The last mood will make them attack the player. If you’re lucky enough – you’ll be able to find a rare panda, having brown hair. 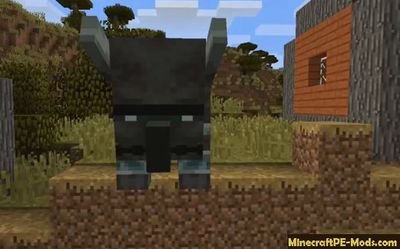 The next new mob is The Beast. This hostile mob will obey the new type of hostile villagers, called Pillagers. This death machine with huge size and weight will be able to break villagers’ houses and destroy the other buildings. Only a few building blocks can’t be destroyed by this monster, so take care, if you’ll need to meet it. The Beast has thin skin, so it won’t be so easy to slay it. you’ll likely need the new weapon, called Crossbow to defeat this giant and stop the destruction of the village. 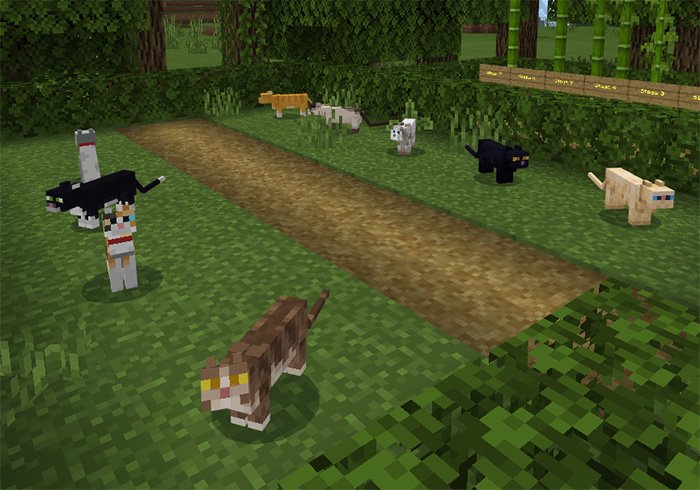 You won’t need to pursue fast Ocelots in Jungle Biome to have a new pet. Stray cats will become the new tamable mobs, which can become your own cats. These cute animals will spawn in villages, so you’ll be able to find and tame them with some fish easily. 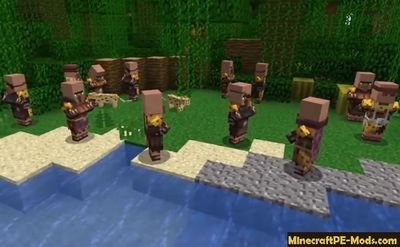 Yeah, there’ll be much more different types of villagers in the world of Minecraft after 1.8 update! 11 different villagers with different occupations will be available in villages. Here’s the whole list of new professions for these NPCs

Each of them will likely have different trades, so you’ll be able to find needed really fast!
Secondly, two unusual blocks, which will diversify your gameplay and everyday routine in Minecraft! 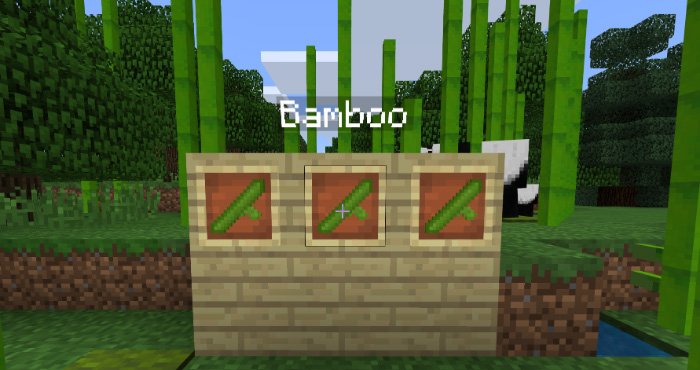 Favorite food for Pandas. Great building block, used in crafting of scaffolding. Can’t be found in nature, so you’ll have to go fishing in jungle ponds to get it. 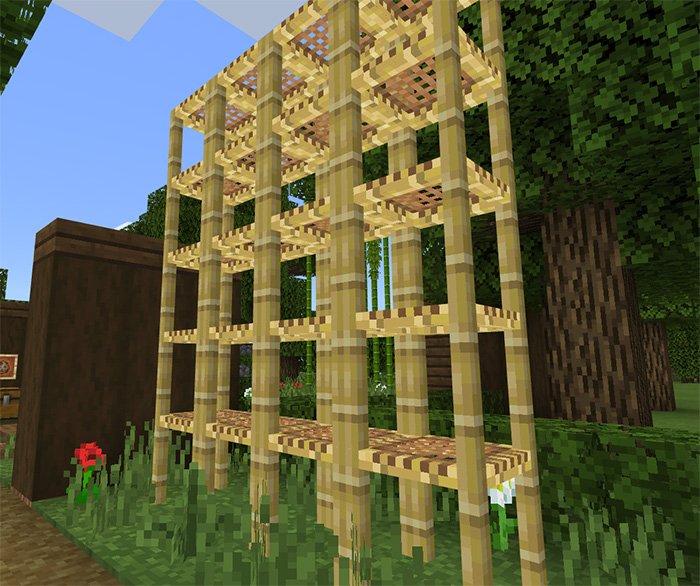 The really needed thing for great buildings. Can be crafted using bamboo and strings. You can climb it as if it was stairs, but much more comfortable. The main feature of this block is fire resistance.
Thirdly, useful item, which will help you to fight with hostiles. The new powerful weapon! 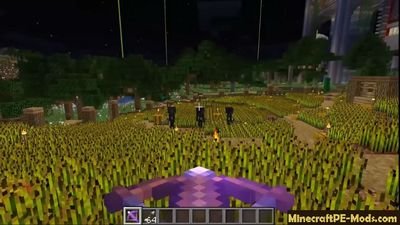 A new weapon, which will allow you to kill The Beast! It has really high damage, so be careful, and don’t shoot your friends! This thing is twice stronger than the simple bow, but you’ll need some time to reload it after shot. There’re some new enchantments, especially for the crossbow. Multi-shot will allow you to shoot from 1 to 3 enemies at the same time. A quick charge will make your crossbow reload faster. The piercing will pierce your projectile through your enemy.

Download Minecraft 1.8 Beta for Minecraft PE for Android from our website and share with friends! Test all the novelties and come back to leave feedback. Check the other sections for new Mods, Skins, and Seeds for Minecraft Bedrock Edition.