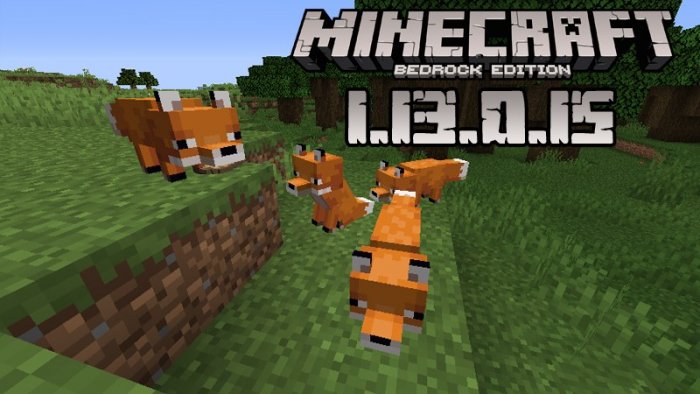 By cathy
Dear subscribers and Minecraft fans, we are very glad to present you the release of one more legendary version: Minecraft Bedrock 1.13.0.15! This

Dear subscribers and Minecraft fans, we are very glad to present you the release of one more legendary version: Minecraft Bedrock 1.13.0.15! This time, in addition to the traditional bug and crash fixes, it brings a special surprise for the players who like changing skins and who are not afraid to experiment with new ones.

Because this news is the most important, we won’t keep you waiting and will tell you about them right from the beginning of our article.

From now on, all the users will be able to create their individual skins by choosing their player’s skin, hair, facial features, body and other appearance details as well as a lot of additional items like headwear.

Of course, if you prefer using one of the existing, custom skins, you can do it in the same way as before.

Only thanks to this new feature, the new beta is worth trying, but to make your gameplay more comfortable, it also brings several important fixes:

Like always, the MCPE developers fixed a number of crashes that might have occurred during the gameplay. Among them are crashes happening when the player is being attacked by an Elder Guardian and when he/she is consuming a single drink or food item. The crash that occurred while trying to download a pack from the Market place and the internet is disconnected was also fixed. One more crash happening while applying textures with the help of custom Cube maps was also resolved.

These are the main fixes of this version. We hope that they along with the Minecraft Character Creator will make your Minecraft experience more pleasant. Anyway, keep in mind that this is a beta version and that beta builds are usually not very stable and are not representative of the full game version.

In case you didn’t know or forgot, let us remind you that while trying this beta, you won’t be able to play in Realms and/or with people using full versions.

Remember to save your worlds built in this beta, because you will not be able to open them in older game versions.

To download Minecraft PE 1.13.0.15, use the button below the article, show it to your MCPE friends and let us know what you think about it.

In case you need or are curious about other Minecraft Bedrock versions, you can find them in the Download Minecraft PE section of our website. By continuing to explore, you will discover a lot of new mods, texture packs, maps, and seeds here. Enjoy!