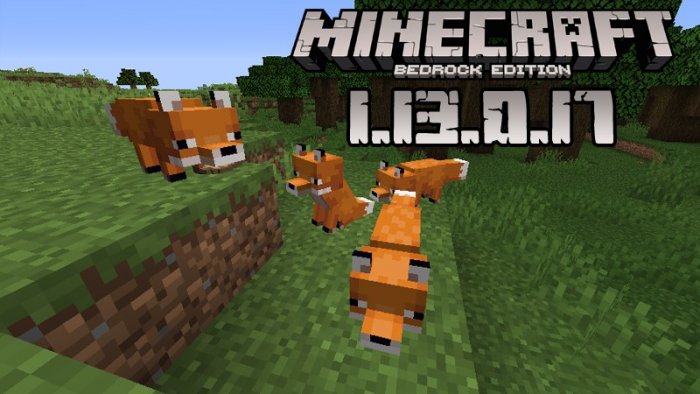 By cathy
The most important novelty of one of the latest game version was the Character Creator. There is no MCPE user that didn’t try it yet, and in doing

The most important novelty of one of the latest game version was the Character Creator. There is no MCPE user that didn’t try it yet, and in doing so, they couldn’t oversee the fact that there are few issues related to it. Minecraft PE 1.13.0.17 (initially being developed as MCPE 1.13.0.16, but improved to meet the requirements of the Xbox One users) was worked on with the aim of fixing these errors. In addition to this, you will find a list of fixes and changes related to the gameplay, commands, mobs, and items.

Like we already mentioned at the beginning of this article, the developers made some improvements regarding this new MCPEfeature. In our opinion, the most significant one is making the body parts of the character in the process of creation look normal (not misaligned as before). Besides this, the Delete Character screen will not look transparent anymore. And one more thing about the Character Creator: now you can operate with this option using a controller without facing any problems.

Besides the improvement work done on the Character Creator issues, the developers fixed some bugs in relation to the process of attacking pufferfish, to updating blocks on waterlogged blocks triggering Redstone update in the same chunk, to items having a wrong offset when held in hand and viewed from the third person, to the “/particle” and “/help” commands and others.

Until we have the download link for this version available for you, you can watch a short video presentation of it and leave feedback. Also, do not forget to tell all your MCPE friends about the release of the new beta.

When we are ready to offer you the chance to download Minecraft Bedrock 1.13.0.17 (very soon), keep in mind that this is a beta version and this, you won’t be able to play with friends using full game versions and will not be able to join Realms. Be careful with your previously builts, make sure to save them, because this beta will take the place of your work in progress. And one more thing: the worlds created in the present beta will not be accessible on older beta or non-beta versions, so make sure to have copies of them.

By visiting our website, besides the fact that you will have the chance to be the first to enjoy the latest game versions, you can find loads of cool maps, textures, mods, and seeds. Enjoy!