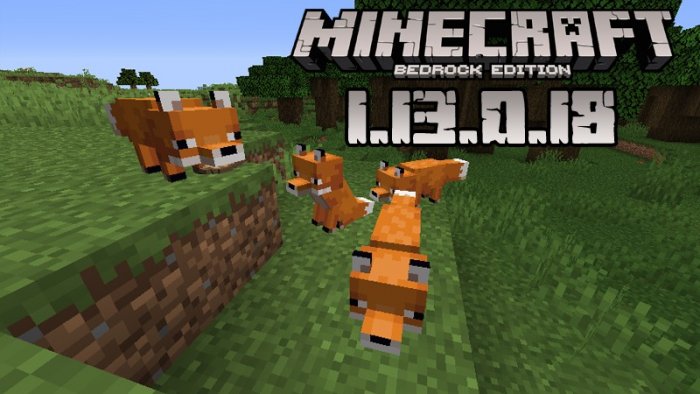 By cathy
Many MCPE users noticed that the previously presented version, that is Minecraft PE 1.13.0.17 is not downloadable. We cannot explain why this

Many MCPE users noticed that the previously presented version, that is Minecraft PE 1.13.0.17 is not downloadable. We cannot explain why this happened but, to make you feel better about it, you can download Minecraft PE 1.13.0.18 instead, but first, let us find out what it brought us.

Besides the traditional crush fixes, this new beta also brought some changes related to the graphics, UI, script engines, mobs, and items. We will talk about them a little later, but first, let us see what issues required to be fixed and the MCPE developers did their best to do it.

Besides the listed-above fixes, this new beta also brings some changes. Perhaps you remember these particularities in older versions but they were further removed. Now you can enjoy them again with MCPE 1.13.0.18.

Check these and more fixes and changes provided in Minecraft PE 1.13.0.18 by clicking on the download button.

To get a clearer image of this beta, watch the video below.

If this article was a good surprise for you, do not hesitate to share it with all your MCPE comrades and to leave feedback.

By being an active visitor to our webpage, you will be always up to date with the latest game versions and coolest mods, textures, skins, and maps. Enjoy!