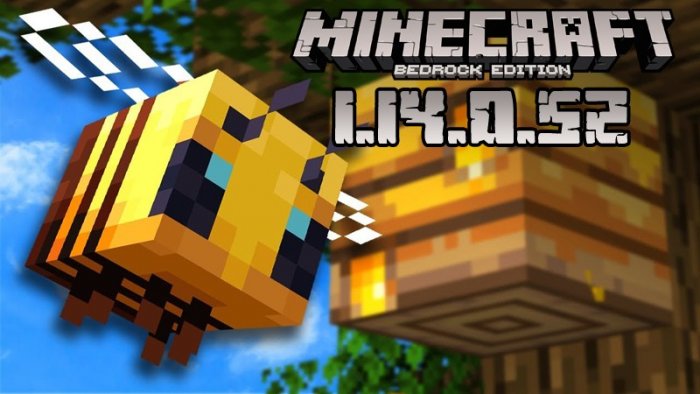 By cathy
The Minecraft developers had to release Minecraft PE 1.14.0.52 urgently because many users complained about the unsolved crashes occurring when using

The Minecraft developers had to release Minecraft PE 1.14.0.52 urgently because many users complained about the unsolved crashes occurring when using Xbox Live and about some Marketplace-related problems.

Because this is not a full game version, remember that the builds created with it might not be very stable. Anyway, if you are planning to be able to access them in the future, we recommend you save them because they cannot be accessed using older game versions. Also, mind that 1.14.0.52 will replace your work in progress, so don’t forget to make copies of your already existing worlds.

Unfortunately, while trying this beta you will not be able to enter Realms and to play with other players who use full game versions.

This version does not bring any changes except the fact that now the bees will be very angry every time the bee babies are attacked, but it fixes some rather serious crashes and problems that were discovered by the MCPE users during their gameplay.

To get an even better idea of Minecraft Bedrock 1.14.0.52, we suggest you watch the video trailer below, or even better, download and try it.

Don’t forget to share the news about this release with all your MCPE friends and to leave feedback.

Try the best texture packs, maps, and mods featured on our website with this beta and enjoy the experience!