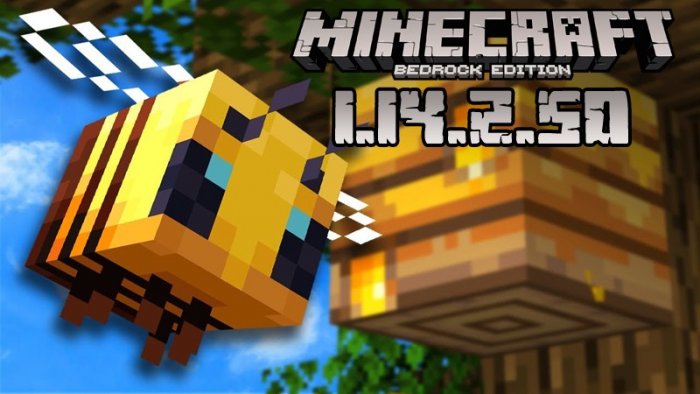 By cathy
For some reason, the MCPE developers released two game versions instead of one as usual, but we are never against surprises, especially if they are

For some reason, the MCPE developers released two game versions instead of one as usual, but we are never against surprises, especially if they are pleasant. Unlike Minecraft PE 1.14.1 we talked about today, Minecraft PE 1.14.2.50 is a beta version, so don’t forget that the builds created in it might be not very stable and that your friends using a full version cannot play with you while you are trying this one. Another important fact is that it will replace your work in progress, so saving your builds would be useful. Also, note that the worlds created in MCPE 1.14.2.50 can only be accessed using it or the forthcoming versions.

The new beta version brings mainly bug and crash fixes, but there is news that might be of interest to the map makers and addon creators. Let’s enlist them first, after which we can turn our attention to the main features of 1.14.2.50.

And now what regards the version’s main fixes:

We are sure you can’t wait to download and check Minecraft Bedrock 1.14.2.50 as soon as possible, but we recommend you to take a few more minutes to watch the video trailer below.

Visit our website daily to always be up to date with the latest game versions and other MCPE-related novelties, among which is a very cool augmented reality game called Minecraft Earth. Enjoy!