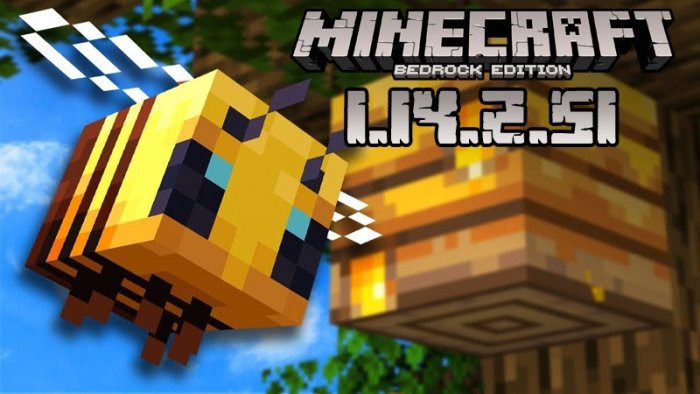 By cathy
This time we had to wait for a longer than usual time for a new game version, but here it is. Minecraft PE 1.14.2.51 is a beta that brings not many,

This time we had to wait for a longer than usual time for a new game version, but here it is. Minecraft PE 1.14.2.51 is a beta that brings not many, but very important crash fixes. With it, your game will be much more comfortable.

Before reading about it and before pushing the download button, we must warn you that since this is not a full version, you will have no access to other players who use full versions and to Realms. You must also know that the builds created in it might not be as stable as those created in full game versions, but anyway, if you want to keep them, we suggest you to make copies, because you won’t be able to access them using earlier MCPE versions.

This game version was developed mainly to remove several crashes detected by the developers and the users. They used to occur when:

Besides the crash fixes mentioned above, the developers resolved a problem making the text to overlap whenever the player uses different window resolutions on the Marketplace screen.

The addon creators and map makers might also be interested in this beta because now the space for the particles that have a connection with the entities will get the locator’s bone rotation again.

Now, when you know everything about 1.14.2.51, it is time to try it and share it with your friends. If you have any suggestions about it, feel free to leave feedback.

To check other, earlier game versions, visit our website. Here you will also find a multitude of interesting textures, mods, skins, as well as an awesome AR game which is Minecraft Earth!