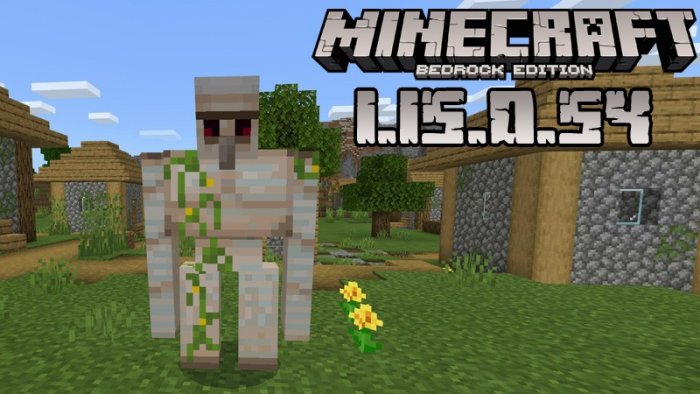 By cathy
The previous game update, that is Minecraft PE 1.15.0.53, impressed all of us with its long list of changes and useful fixes. As we will see from the

The previous game update, that is Minecraft PE 1.15.0.53, impressed all of us with its long list of changes and useful fixes. As we will see from the description of Minecraft PE 1.15.0.54, the MCPE developers are continuing to work hard on eliminating some really serious issues affecting the game.

Like always, the developers along with the players detected a number of crashes that had to be fixed. Besides the traditional ones occurring during the gameplay, several ones were occurring when using the z coordinates, after resuming an MCPE play on Xbox One, while using the Character Creator and during other in-game situations. Naturally, they had to be removed in order to allow the players to have a nice game experience without getting annoyed and interrupted by crashes.

In addition to the crashes, there were also several less important issues, but they had to be fixed too. Let’s see what they were аbout:

As you see, the list of changes is not as long as in the previous version, but they are very important. To find out more information about this version, watch the video below this article.

Now that you know everything about 1.15.0.54, click on the download button, tell your friends the good news and leave feedback.

Our website publishes the news about the latest game versions among the first, so visit us on a regular basis. In addition, you will have the opportunity to try the coolest maps, skins, and much more. Enjoy!