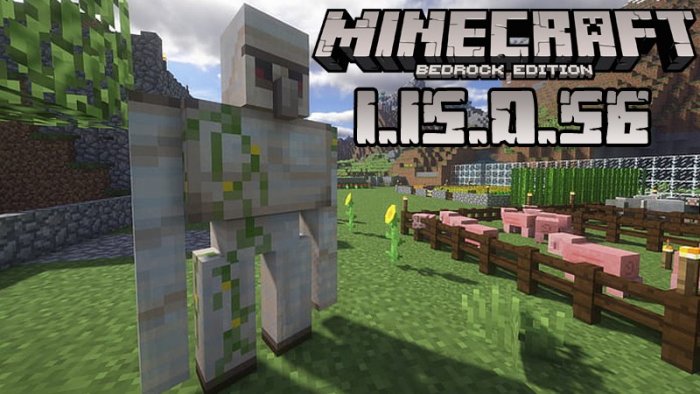 The only thing that relates 1.15.0.56 to the previous versions is that all of them are betas, this meaning that the player will have no access to realms and non-beta players while trying it and that the builds created in it are not as stable as the ones created in full versions.

This time, a lot of crashes have been detected again, but fortunately, the MCPE developers are hard-working and responsible guys and they made sure to remove them. Some of the crashes were detected by the players who told the developers about them, this showing how important the connection between the users and the developers is and how can timely feedback influence the quality of the gameplay.

Besides crashes, there were other less critical errors, but which required to be fixed too. Most of them are related to the scripting and to the gameplay in general:

These are all the fixes you can check by installing the present version. To do this, use the download button below the video, but don’t forget to share the good news with all your MCPE friends.