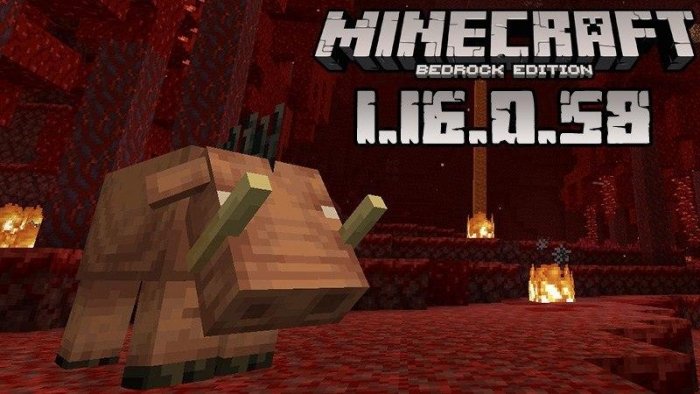 By cathy
Of course, not many versions can be compared with Minecraft PE 1.16.0.57, the previous beta that we all had the chance to install. It brought many

Of course, not many versions can be compared with Minecraft PE 1.16.0.57, the previous beta that we all had the chance to install. It brought many new blocks, mobs, music and sounds, a brand new biome, and much more. The version we will introduce you to today, that is Minecraft PE 1.16.0.58, is not as legendary. It brings only several fixes, but they are also welcome because they are meant to get us rid of some errors and even crashes that could prevent us from having a nice and smooth gameplay.

Our gameplay will be more stable thanks to the fact that the MCPE developers succeeded in removing a crash that used to occur when players entered the Marketplace to check for new updates. The Android users also noticed that the game could crash inexplicably every time they accessed the Marketplace, so this aspect had to be worked on.

Besides this, there were several less critical errors that required fixing too:

All these errors were fixed and won’t annoy us anymore.

Please make copies of your existing worlds, because this beta is going to replace them. Also note that you won’t be able to access the worlds created in this version using earlier game versions, so make copies of them too. Just in case.

Follow our website to always be up to date with the latest game versions and to discover many new and interesting maps, mods, and other cool downloads. Enjoy!