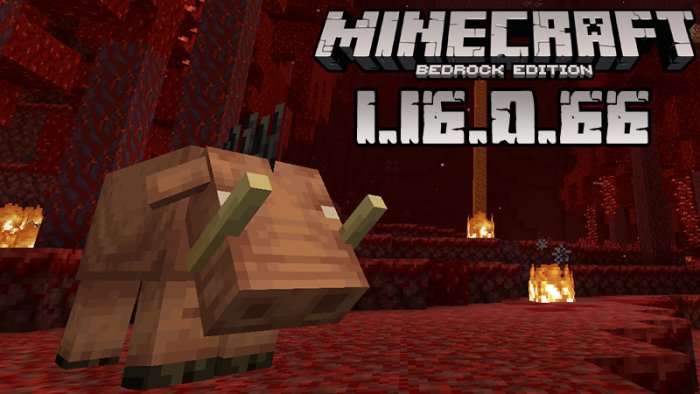 You had a whole week to explore Minecraft PE 1.16.0.64 and now it is time to do it with another game beta, this time Minecraft PE 1.16.0.66 Nether Update. As we all know, the access to non-beta MCPE users is forbidden while trying a beta, so you should prevent your friends about this if you are worried they will be looking for you. Another important rule is to always make a copy of your existing builds before installing a new version otherwise you might lose them for good.

This time, the Mojang Studios developers made several fixes but focused most on the errors discovered in the scripting engine and some problems related to certain commands, but of course, this is not everything. Besides this, they had to face a few crashes and other bugs related to the graphics and to the general gameplay process.

Their actions were the following:

This is all you need to know about the present update, but to get an even clearer image of it, we suggest you watch the video trailer below.

If you are happy about this release, share the news about it with other Minecraft PE users, and leave feedback.

Subscribe to our website and you will always find out about the newest game updates and with the most popular mods, skins, and other surprises among the first. Enjoy!