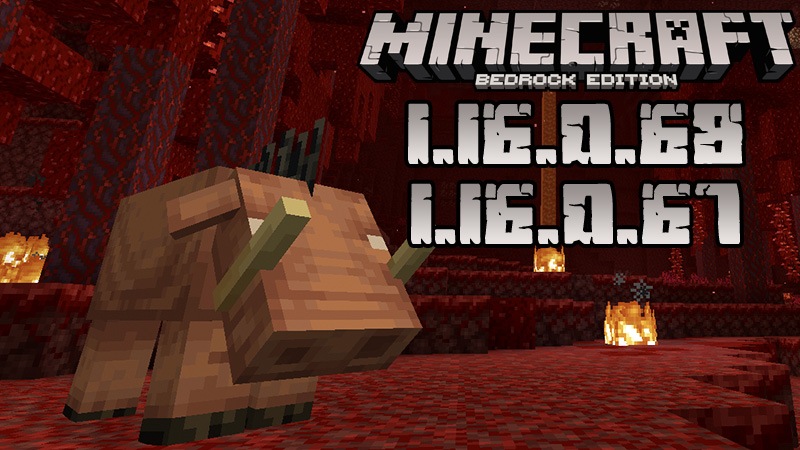 By cathy
Dear friends, the hard-working Mojang team released another beta version of the Nether Update (you might know it by the Minecraft PE 1.16 name).

Dear friends, the hard-working Mojang team released another beta version of the Nether Update (you might know it by the Minecraft PE 1.16 name). Minecraft PE 1.16.0.68 and 1.16.0.67 contains a very short list of fixes, but they are more important than ever. Read below to find out why.

Like we already told you, this week’s changes are very important because the detected crashes and other issues affected the users of many platforms used for Minecraft PE. Many players noticed that they have problems signing in into their accounts, this provoking game crashes and lags.

This is what the MCPE developers had to work on:

To learn more about this version, we invite you to watch the video trailer. Also Mojang team fixed problems with account sign in and multiplayer.

To install Minecraft Bedrock 1.16.0.67, use the button below the video, but first back up your existing worlds because this beta is going to replace it and you might lose all your previous work. Also, remember that your access to non-beta players and to Realms will not be possible while trying a beta version.

If you want to be among the first to find out about the upcoming versions and about the most popular maps, mods, and other MCPE novelties, follow our website and enjoy your time!