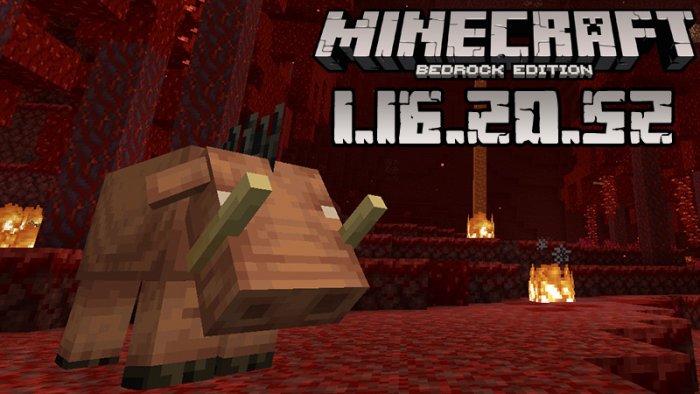 By cathy
A few weeks ago a long-awaited full game version, that is Minecraft PE 1.16.1 was released. All this time most of us were busy enjoying it while the

A few weeks ago a long-awaited full game version, that is Minecraft PE 1.16.1 was released. All this time most of us were busy enjoying it while the developers worked hard to fix the detected problems. You can find out about them by reading the present article and by installing Minecraft PE 1.16.20.52 which is this week’s beta.

This time we will talk only about the most important fixes, letting you explore the rest of them independently. We must mention that the problems affected not only the mobile users but also the ones using PlayStation 4 and iOS. The first ones had to face a crash occurring whenever other players used custom skins and the second ones had to deal with a problem preventing them from getting notifications. Fortunately, the developers managed to fix these and other issues making the users on all platforms happy.

In addition to the described-above fixes, the developers also removed the following problems:

These are the most serious problems that have been fixed this time. To find out more information, watch the video trailer.

If you are as happy as we are about the present beta, share the good news with your friends, and leave feedback.

Visit our website regularly to always be up to date with the newest game versions and with the most popular textures, maps, etc. Enjoy!