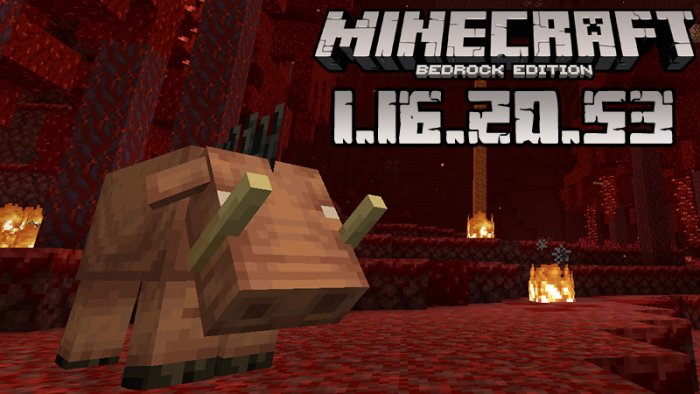 We didn’t expect any new game versions until next week but the MCPE developers decided to surprise us with a new version shortly after the release of Minecraft PE 1.16.20.52. Minecraft PE 1.16.20.53 brings several useful fixes and changes, the most important ones affecting the user interface.

Of course, we will talk about them, but first, let us remind you that while trying a beta you cannot play in Realms and with persons who use full game versions. Another important fact that you should keep in mind is to always make a copy of your existing MCPE world before installing a new version. This should be done in order to avoid losing all your work because new updates replace existing builds.

Dear friends, if you want to download the current beta version, hit the button below the video trailer but if you would like to find out more details about it, we recommend you watch it first.

To always be up to date with the newest game versions and with the most popular skins, maps, etc, follow us and have fun!