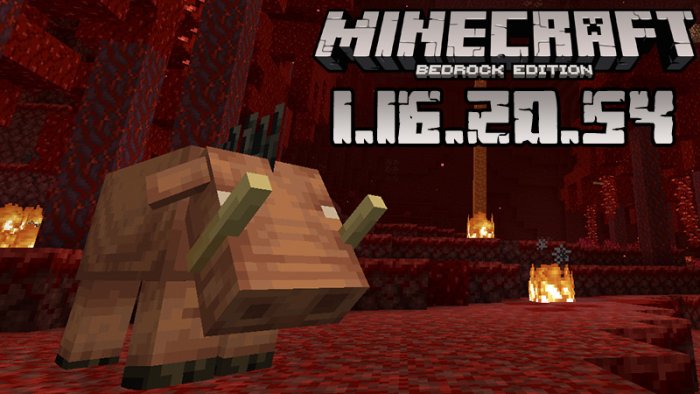 By cathy
Today we published an article about Minecraft PE 1.16.10 in which beside a single bugfix, we had to relate some bad news for some of you, namely for

Today we published an article about Minecraft PE 1.16.10 in which beside a single bugfix, we had to relate some bad news for some of you, namely for those who use pretty old devices to play their favorite game. We hope we will make it up to you by presenting you another new update that contains only good features. This is Minecraft PE 1.16.20.54.

This update is a beta. You probably know about the preventive means regarding betas, but if you don’t, let us remind you that you won’t be able to play in Realms and with full version users while trying it. The builds created in a beta are not representative of the final MCPE quality and might be less stable than the ones created in a full version. Another important rule is to always back up your existing worlds before installing a new beta. This should be done in order to avoid losing your work.

And now let us explore the beta’s features:

As you can see by looking at the list above, there are only four fixes but since they make our gameplay smoother and nicer, we are always happy to install and enjoy a new update.

To download it, click on the button below the video trailer (which we highly recommend you to watch), share it with other MCPE players and leave feedback.

Our website is among the first to publish news on the latest game releases, the most interesting maps, the best textures, and more so visit us regularly and enjoy your time!