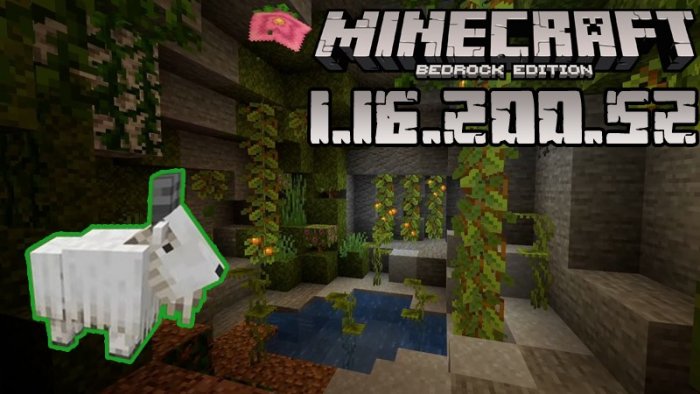 By cathy
Dear friends, are you curious to find out what the Mojang team prepared for all the Minecraft pe fans this week? We assure you that Minecraft PE

Dear friends, are you curious to find out what the Mojang team prepared for all the Minecraft pe fans this week? We assure you that Minecraft PE 1.16.200.52 is not an ordinary beta bringing only traditional bugfixes. This time, the developers decided to make us a present and included several features from the upcoming grand Caves and Cliffs update.

Starting with this update, the MCPE users will have the chance to try a very interesting new option, namely the Experimental Features Toggles which can be used by the players to see what updates and new features the developers are working on for. Some of these features may be available only in one beta until the full version is released. Because of this, the worlds created using these new features should be backed up, because they won’t be compatible with other beta versions and you won’t be able to access them. One of the available experimental features of this beta is the Caves and Cliffs toggle and includes a new block and a new mob. These are the powdered snow block and the goat (see descriptions below).

Powdered Snow Blocks are a little different compared to the snow blocks we got used to by their texture and features. Mobs and players walking entering them will become slower and get no fall damage. Players who want to move faster through the blocks of powdered snow should wear leather boots. 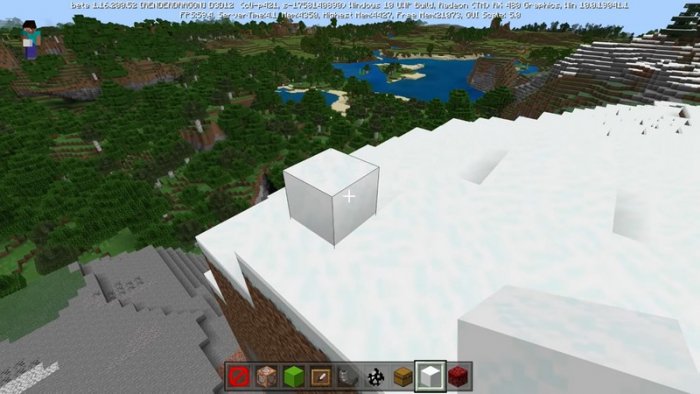 Goats are the new mobs we were talking about above. These furry white animals spawn in extreme hills, but their location might get modified in the future since the MCPE developers are looking for a more comfortable place for them to live. The goats are very funny to watch. Sometimes, they jump really high and do this unexpectedly. They also like climbing on mountains and hills and because they feel like the owners there, they may kick off any intruder. Sometimes, these new mobs are acting silly by bumping into trees, but when this happens, they drop their horns. 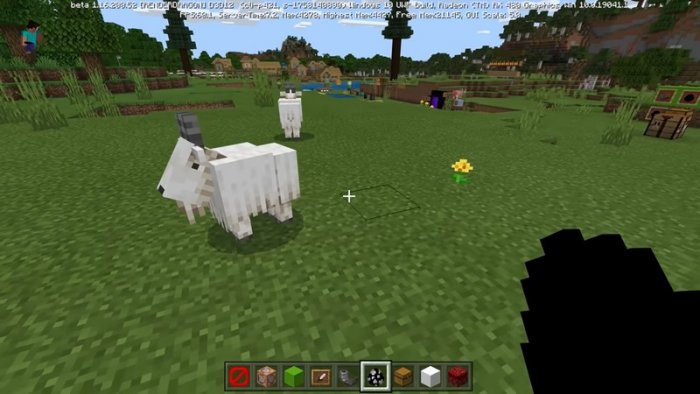 To see the powdered snow and the goats in your MCPE world, you should turn on the Caves and Cliffs experimental toggle.

Besides the experimental features described above, the MCPE developers had to deal with a big number of problems affecting our gameplay. Some of them are:

Dear players, these are several problems affecting our gameplay that were successfully resolved by the hard-working MCPE-developers. If you are interested to find out more, we suggest you watch the video trailer before downloading this update. We are sure you are as excited about the new features and changes as much as we are, so, if you are, do share this article with your Bedrock friends, and leave feedback.

Enter our website regularly and you will always be up to date with the freshest news about your favorite game and with the best maps, texture packs, and other MCPE-related articles with free download buttons. Enjoy!