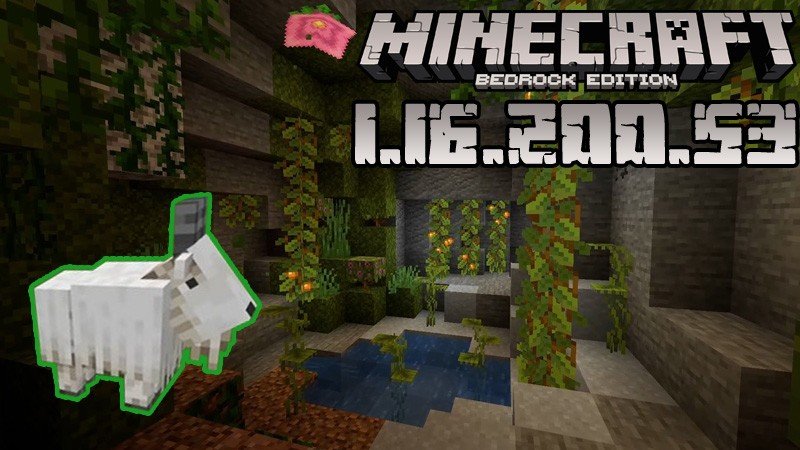 By cathy
We are all waiting for the grand Caves and Cliffs update, but, until then, in order to tease us a bit, the MCPE developers decided to reveal some of

We are all waiting for the grand Caves and Cliffs update, but, until then, in order to tease us a bit, the MCPE developers decided to reveal some of its features with each upcoming beta. They started to do this in the version released last week that is Minecraft PE 1.16.200.52. Then we discovered such features as goats and powdered snow. This week, in Minecraft PE 1.16.200.53 there will be now new mobs and/or blocks, but instead, you will discover a very handy new function related to the game sound volumes.

This week, the MCPE developers also had to fix a number of bugs, but because we are sure you are curious about the new features, we will start with them:

And now let’s find out about the bugfixes. This week, the developers worked on removing the following problems:

In addition to these fixes, you will also discover that:

Dear players, these are the most important changes you will discover by installing the present update. To do this, hit the download button below the video, share the article with other MCPE users, and leave feedback.

You are always welcome to visit our website, and we recommend you do it regularly if you want to always be up to date with the freshest MCPE news and with the most popular maps, mods, and other cool game-related surprises. Enjoy!