By cathy
Now all the MCPE players have the chance to download Minecraft Bedrock Edition 1.12.0 and enjoy a brand new MCPE experience thanks to all the hard

Now all the MCPE players have the chance to download Minecraft Bedrock Edition 1.12.0 and enjoy a brand new MCPE experience thanks to all the hard work the developers carried out!

Besides several important changes, the new version brings us an incredible number of fixes affecting the game performance, the blocks, the mobs, the UI and much more, so let us not lose any more time and get directly to what you are here for. We will start with the changes.

A lot of crashes were fixed in this version. From now on, your game won’t crash when:

The game performance was also subject to improvement work. They mostly affected the inventory screen and the UI interface screen, the new villages and the job sites, the mob AI path finding, the frosted ice blocks (now they melt without any problems), and the particles of the Enderman’s fights.

The new version brings a big number of fixes affecting commands, the UI, the addons and the script engine. Now you will notice that there is no tile prefix neither in the /give command, nor in the names of some items. You will also see that if an entity that the player can ride is killed together with the rider, the rider will not respawn anymore. You will appreciate the improvement works on the cartography table and features and items linked to it. The Lectern screen has more controller tooltips, which is definitely good news too. You will not get annoyed by the villager trading screen closing and opening uncontrollably in case the player stands further than at a certain distance. Another good fix is that the items that are split by two slots will be considered as a whole in the villager’s trading screen. In the Achievement menu, the proper dates stand next to the achievement data of the user. The Featured Servers no longer displays the “invite to game” setting, the developers considering this unnecessary. The VR settings are featuring the “wheel turning” setting just once now. More improvement works have been carried out in regards to the patch notes.

Another thing that bothered some MCPE users was that the “new” tag was remaining in the Marketplace collection even if the user is already familiar with it. This issue was fixed.

Now all the marketplace items for sale display a discount percent.

At the request of some players, the “spawn_rules” folder is made available again in the behavior template.

Now all the mobs are able to spawn naturally, even the underwater ones.

Perhaps you noticed, but a script engine problem caused players to float. This problem was also resolved.

Because the blocks, items, and mobs are the main elements of any Minecraft world, a lot of improvement work was done to improve them. We will describe just a part of the fixes since the list is incredibly long and we are sure you want to install and try MCPE 1.12.0 as soon as possible. So, from now on you will be able to break frosted ice blocks, the brightness level of the seagrass texture was adjusted, the bamboo leaves now look better thanks to an improved texture, lava will transform into cobblestone in case it is hit by water and the stairs made of sandstone now look properly from any corner you look at them. In case the player considers hitting a bell, it will swing in the direction of the person who hits it. The particles of the Note Block fit the played notes correctly. The farmland, smoker, door and trapdoor textures are absolutely correct now. If the player pushes cocoa beans with a piston, they will break and fall down.

One more fix affecting the bell is that if you hit it either with a lingering potion or splash, it will start ringing. The unlit Redstone Ores are able to host blocks again. The flowing lava and water animated textures were also fixed.

Starting with the present version, you can break frosted ice blocks faster if you use an efficiency pickaxe, you can place minecarts on their rails even if there are dropped items on the way. Now you will get the required items from sweet berry bushes when using a pick block.

Another forgotten but very useful possibility is that you can craft dyes using different cacti blocks again.

As weird as it may seem, when playing on Realms, you will not be able to craft acacia planks using birch wood anymore.

Starting with our new version, the item frames will display the shields with normal brightness. The barrels will be displayed correctly in the creative inventory and the tinted spawn eggs in their item frames.

Some people noticed that the skin of the Zombie Villager in Taiga was previously missing. Now it is present and you can use it if you want to.

The vindicators will path properly during raids (regardless of carpets). The mobs will not be capable of pathfinding over brewing stands, but the good thing is that they will not get stuck in ladders anymore. 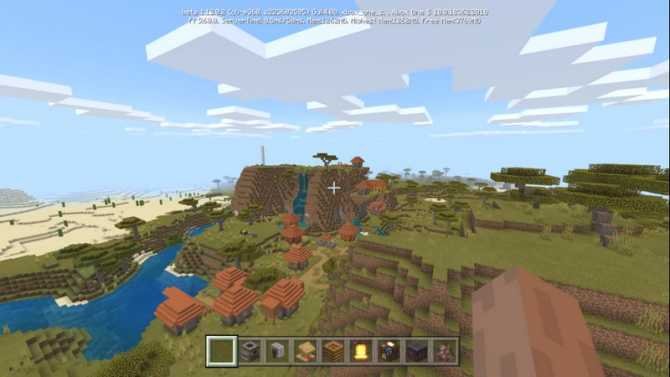 Now you will hear a specific sound in case some villager refuses to trade with you. And another fix regarding trading villagers is that they will not get frightened by the ringing bell announcing a raid. He will continue to trade, not trying to run away.

And since we mentioned raids, the evokers will now move at a normal pace towards the village.

The developers also made an entire list of fixes for the addon and map creators, as well as more fixes for the players that you can discover by downloading the presented Minecraft PE version.

Make sure to share the good news with your friends and to leave feedback.

By visiting our website, you will also find downloads for a lot of maps, mods, and texture packs available for MCPE 1.12.0 and other game versions. Enjoy!