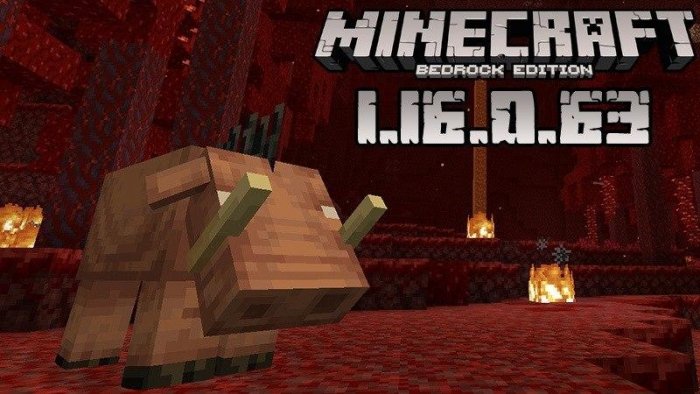 By cathy
We already got used to the weekly version releases and they all please us with their changes and bug fixes, especially if the lists are containing

We already got used to the weekly version releases and they all please us with their changes and bug fixes, especially if the lists are containing many of them. Minecraft PE 1.16.0.63 is one of those betas. We will discuss its main features later, but first, let us remind you about the fact that players who use beta versions cannot play with others who play full versions and in Realms. We must also warn you about the fact that you might lose your existing builds in case you don’t make copies before installing the beta. New versions replace existing ones. Another important fact is that the worlds created in any beta can be accessed only using that specific beta or other, upcoming ones, but never older game versions.

And now, when you know about the features specific to beta versions, we can start enlisting the most important fixes brought to us by the present update.

Note that we are enlisting only the most important fixes, letting you explore the other ones independently, but if you want to find out more detailed information on Minecraft PE 1.16.0.63, you can watch the video trailer below the present article. So, the developers fixed the following issues:

As you can see, the MCPE developers had a lot of work to do, but this is not all. You will also discover a lot of changes and updates, most of them related to the Nether mobs (especially the piglins) and other Nether elements.

To download the present beta, use the button below the video, share the news with other MCPE users, and leave feedback.

Visit our website as often as possible and you will always be up to date with the newest game versions and with the most popular skins, maps, and mods. Enjoy your time!